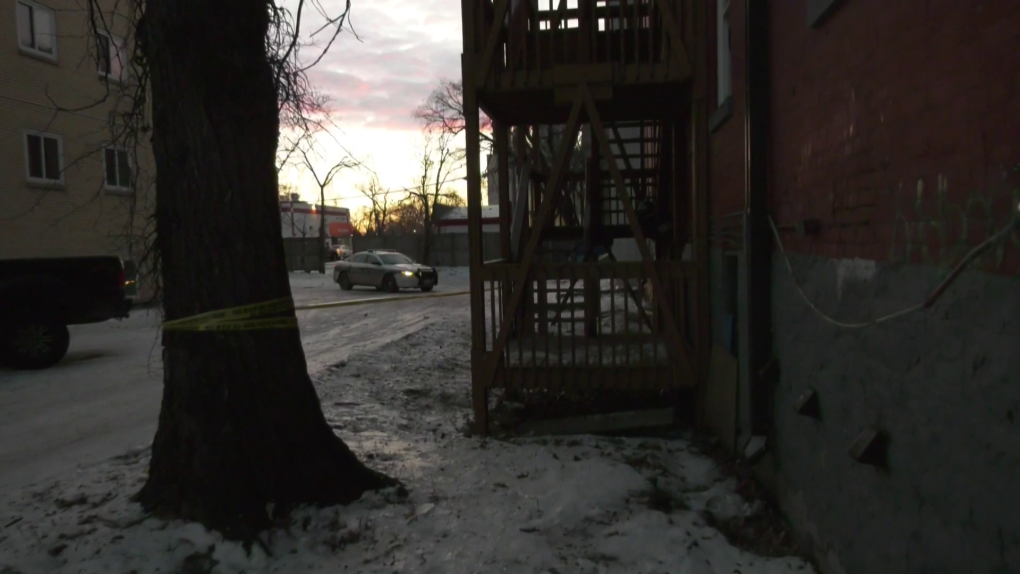 Winnipeg police investigate an incident in the early hours of Nov. 27, 2020, at a building on College Avenue. (Ken Gabel/ CTV News Winnipeg)

WINNIPEG -- Winnipeg police are ruling a death in the city's William Whyte neighbourhood as a homicide.

Police said officers were called to an apartment in the 200 block of College Avenue early Friday morning after a man was found with serious injuries.

According to police, when officers arrived, they found the man dead inside the building. The death is being treated as a homicide.

Reports from the scene described the fire escape stairwell in the back of the building taped off with police tape.

Three police vehicles were at the location and police could be seen in a suite inside the building.

-With files from CTV's Tim Salzen.