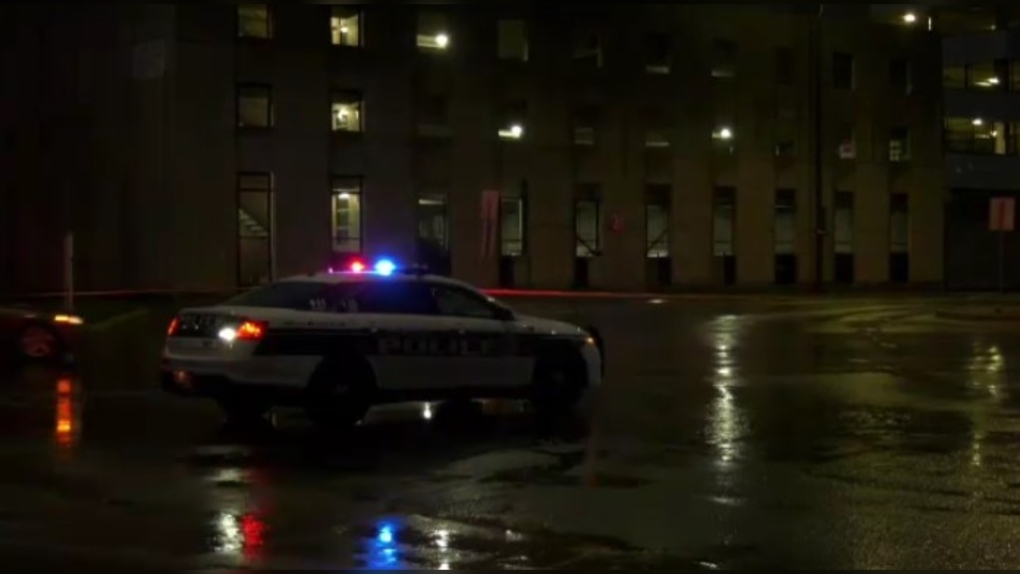 Police on scene on Maryland Street.

The first incident was a shooting that took place around 11:35 p.m. near Maryland Street and Wellington Avenue.

When officers arrived at the scene they found a 48-year-old man with a severe gunshot wound. He was taken to hospital in critical condition but has since been upgraded to stable.

The second incident was a brawl that took place at the Maryland Bar.

As of Wednesday morning, access to the side streets by the New Lodge Hotel has been blocked off by police tape.

Police continue to investigate but officers said the two incidents are unrelated.