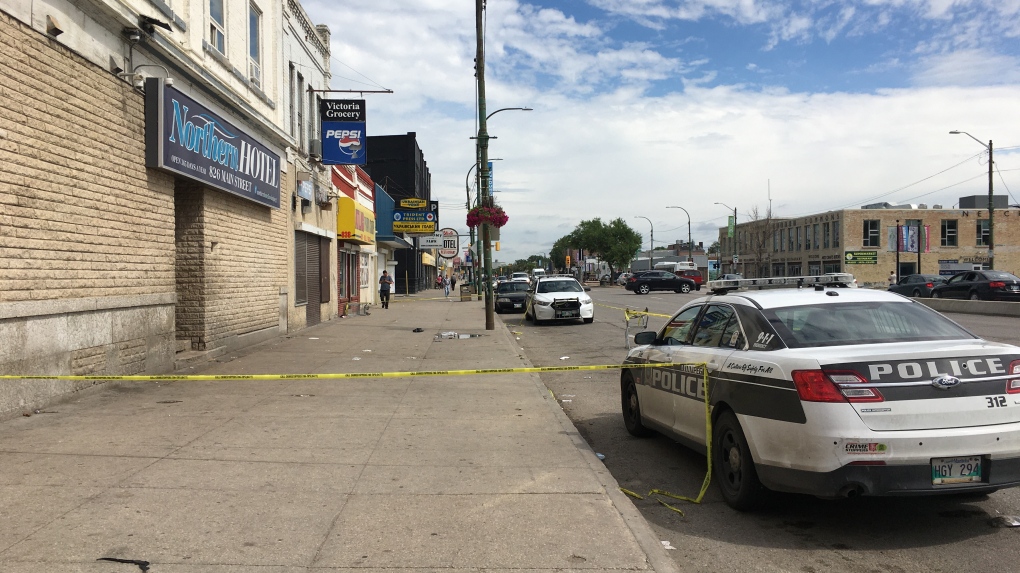 WINNIPEG -- Winnipeg police have charged a suspect with manslaughter after a man was killed outside of a hotel bar in the city’s North End.

The incident took place in the early morning hours of July 18 in the 800 block of Main Street.

When police got to the scene, they found a man lying in the road. He was taken to the hospital in critical condition where he was pronounced dead.

Police have identified the victim as Valentine Ernest Sumner, 41, from Winnipeg.

The homicide unit investigated and determined the victim had been involved in an altercation outside of a hotel bar.

Christopher Michael Grozelle, 26, has been charged with manslaughter. On July 24, police had charged Grozelle with aggravated assault in connection with the attack. He is in custody.