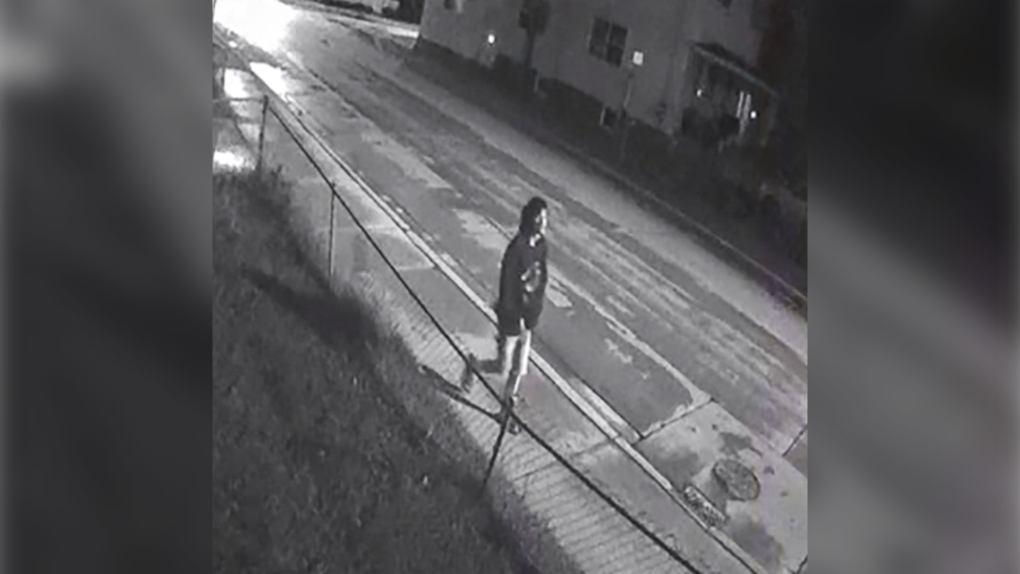 Supplied image of the person of interest.

WINNIPEG -- The Winnipeg Police Service is asking the public for help in identifying a person of interest after a woman was shot and robbed in the city’s St. Matthews area.

The incident took place on June 18 at around 11:15 p.m. by Simcoe Street and St. Matthews Avenue.

Police said a woman was walking in the area when a male approached her and asked for directions.

Officers said the woman was using her phone to try and help the suspect, when he tried to take it from her, and a short altercation took place.

Police said the woman was then shot in the upper body and had her phone stolen. The suspect fled the scene.

CTV Winnipeg previously reported the woman was shot in the neck.

The woman was taken to hospital in stable condition.

The suspect is described as between 18-30 years old, five-foot-four to five-foot-eight in height, with dark brown hair and a skinny build. Police said he was wearing what appear to be light-coloured shorts and a black hoodie with an unknown logo.

Anyone with information that could help with the investigation is asked to call 204-986-6219 or Crime Stoppers.