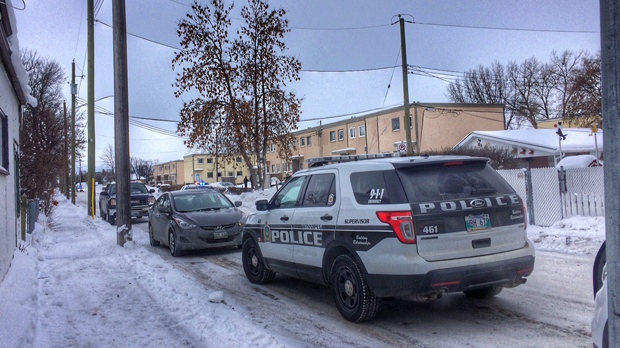 Several police vehicles could be seen in the 600 block of Herbert Avenue Monday afternoon.

Winnipeg Police Service responded to a call about an injured man around 2:15 p.m.

Jordan Mousseau lives in the neighbourhood and tell CTV news he was approached by a man pleading for help.

"He said I think I have been shot, so I took a closer look at him, and sure enough there was blood stains on his shoes, and blood was pooled on his shirt and on his legs," Mosseau explained.

Mousseau said he called 911 and shortly after paramedics arrived to take the man away.

Other wittnesses said they've heard a man was shot inside one of the suites.

"My friend, she's over right now, she couldn't go to her unit.  She had to come in through my back door,” said Trisha McClintock.  So it's a good thing we were home for that. My son had to be escorted from his bus down the street home."

Police said the man is in unstable condition.

CTV will update with more information as it becomes available.