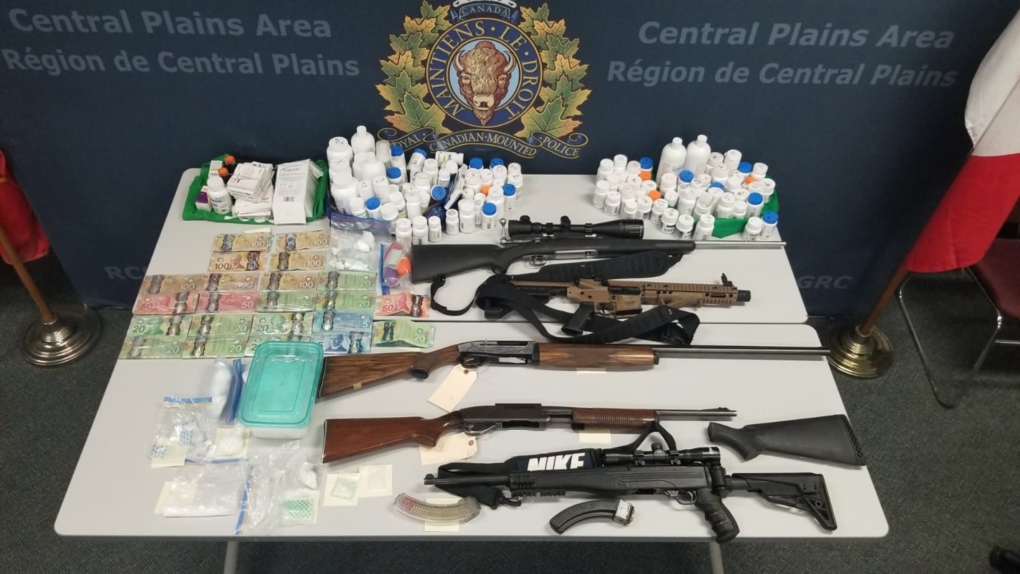 A supplied photo of the guns, drugs and money seized by police.

Around 6 a.m. on Feb. 26, officers simultaneously conducted three separate search warrants at homes in the community.

At one home, located on 1st Street NW, police seized a firearm, pellet gun, ammunition, cannabis, methamphetamine, cocaine, and a substance believed to be fentanyl/carfentanil.

At another home, located on 5th Avenue, officers seized a gun, ammunition and methamphetamine.

At the third home, located on 5th Street NE, police seized methamphetamine, several guns, a vehicle, and a large number of prescription drugs. Officers allege these prescription drugs are connected to a break and enter at a pharmacy in Portage la Prairie on Feb. 17.

In total, Mounties seized more than a kilogram of methamphetamine, three ounces of cocaine, a small amount of what appears to be fentanyl/carfentanil, money, four guns, a pellet gun, and a large amount of prescription drugs.

Jeremy Whincup, 50, and Kayla Whitford, 31, were arrested and charged with a number of offences, including four counts of possession for the purpose of trafficking (methamphetamine, cocaine, fentanyl and hydromorphone).

Both suspects are in custody.