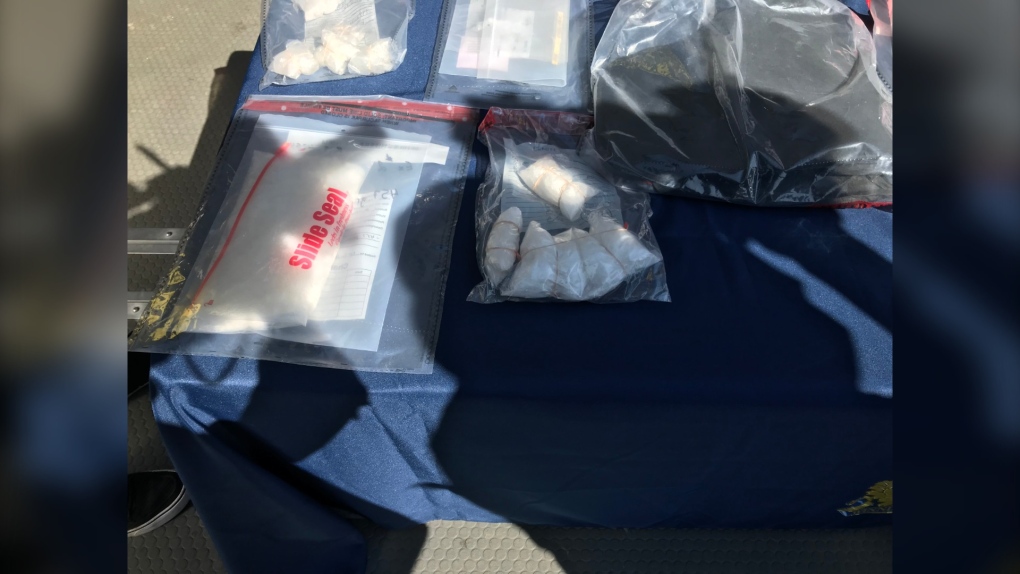 Police offered a display of the drugs and weapons. (Source: Jason Gaidola/CTV News)

Winnipeg police officers went door-to-door in the West End as an outreach opportunity to combat crime and neighbourhood concerns.

As part of its community outreach day Wednesday, the Winnipeg Police Service handed out contact information and encouraged residents to help combat violent crime in the neighbourhood after police said it seized nearly 40 ounces of meth and multiple weapons this past weekend.

“It’s a way to reinforce the community, so they know who to call, what resources are available to them to help with some of the problems they may encounter.”

Officers and auxiliary cadets went to every home, handing out brochures with contact information of specified services such as 911, non-emergencies, Crime Stoppers, Counter-Exploitation Unit and multiple social services.

The outreach is coming off a weekend where a slew of arrests were made in the neighbourhood. In a news release Wednesday, it said it arrested and charged a number of people over the weekend.

Police said between two separate raids – one Friday on Cumberland Avenue and another Saturday on Young Street - officers seized nearly 40 ounces of methamphetamine with a street value of about $22,000, as well as cocaine, fentanyl, multiple firearms and other weapons.

“In a 30-plus hour period, we took seven (firearms) that had ammunition in them and could of had a traumatic incident,” said Insp. Max Waddell.

Waddell said police believe many of the weapons are being obtained through “straw purchasing”.

“It’s where individuals who own and obtained legal possession acquisition licences and will go to certified sellers. They’ll buy those firearms legally and turn them over to the hands of illegal individuals,“ he said.

Waddell added that the newly formed guns and gangs unit and firearm investigative unit are employed in these seizures. He said he did not know if the firearms were registered or not because the investigation is not complete.