Police shootings in 2020: The effect on officers and those they are sworn to protect 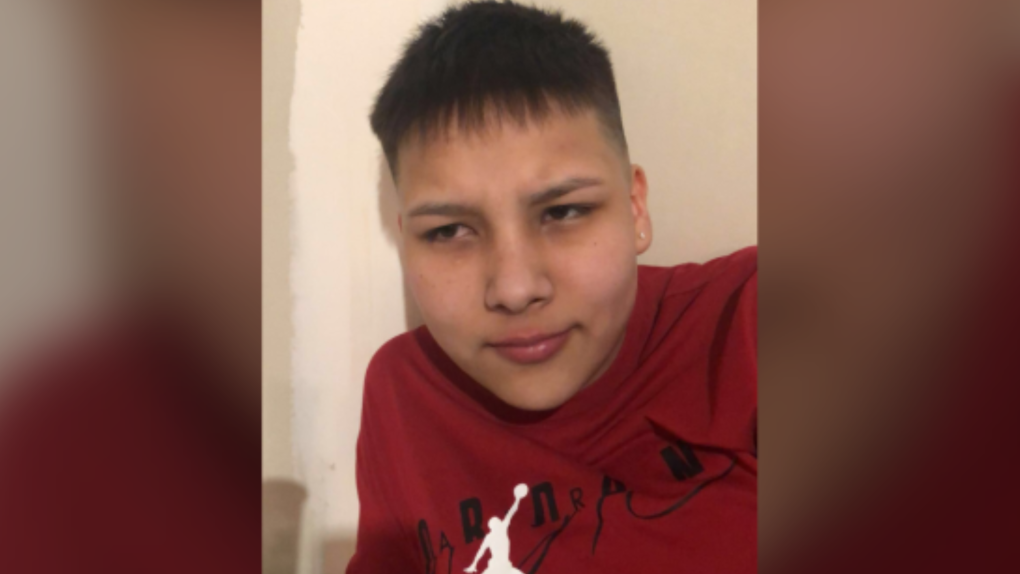 WINNIPEG -- A photo and an urn sit on Christie Zebrasky's kitchen table.

Each time the Winnipeg woman goes to eat, she imagines her daughter's face and wonders whether she'll ever know what happened in the moments before 16-year-old Eishia Hudson was shot and killed by police.

"I can feel her presence here daily. She is not leaving Mom," Zebrasky says with a deep sigh.

The Canadian Press tracked each shooting using information from police, independent investigative units and independent reporting. It is a snapshot of police shootings in a year in which global movements have called for more accountability and transparency.

Relatives who spoke publicly about those who were shot said there were issues with mental health and addictions. Of the nine shootings that started as wellness checks, all were fatal and four were people of colour.

In five of those cases, police first used a non-lethal-weapon such as a Taser. Six of the shootings took place in the person's home.

Wellness checks generally involve officers being dispatched to check on someone whose mental health or well-being is a concern. Critics have called for police to change how officers respond to these calls following multiple high-profile deaths in 2020.

Chantel Moore, a 26-year-old Indigenous woman, was shot and killed by Edmundston police in New Brunswick in June during a check. Ejaz Choudry, a 62-year-old Pakistani father experiencing a schizophrenic episode, was shot dead by Peel Regional Police in Ontario that same month.

Police forces say calls that result in shootings are a small number of the overall calls they respond to. Winnipeg police's annual report for 2019 says officers were dispatched 231,670 times and five calls resulted in shootings. Two were fatal.

Experts say even one police shooting can cause a long-lasting ripple effect that damages the relationship and trust between officers and those they are sworn to protect.

When police cars go by Zebrasky's house, she becomes afraid, she says. When there was violence recently in her home, she locked herself in a bathroom with a grandchild instead of calling 911.

She cries and recalls how Eishia loved sports, especially basketball.

The Indigenous girl didn't always have an easy life. Her mother admits she and the girl's father struggled with addiction and had run-ins with the law. But Eishia was a fiercely loyal daughter and friend.

The last time Zebrasky saw her was April 9. The girl wasn't in school because of COVID-19 and told her mother she was going to meet friends. In the hours that followed, Zebrasky heard there had been a police shooting and felt a knot in her stomach.

Investigators from Manitoba's police watchdog later knocked on her door. Her daughter had been killed by police.

"She was trying to get a job. She was supposed to graduate next year. She was super excited to get back into school ," Zebrasky says through tears. "She was a really smart kid."

Winnipeg police called Eishia's death a tragic end to a police pursuit that began after a liquor store robbery. Manitoba's Independent Investigation Unit has said officers arrested the passengers, but an officer shot the teen who was driving.

The city's police shot four other people this year. Three, including Eishia, were Indigenous and shot within 10 days of each other.

RCMP were involved in the most police shootings this year in Canada at 15. Experts say that's not surprising, considering the force's presence across the country.

Three of those shootings were in Nunavut. Ontario had the most police shootings resulting in death or injury with 18.

There were 10 shootings in Alberta, nine in Quebec, five in Manitoba, five in British Columbia, two in New Brunswick and three in Nova Scotia. One of those killed in Nova Scotia was Gabriel Wortman, the gunman behind a mass shooting in April that left 22 people dead.

Most of the people shot by police were between 20 and 39. Of those killed, 32 were men and two were women.

Police generally don't release the names of the dead. The Canadian Press was able to independently identify 27 and confirm the race of 21. Ten of the 55 people shot were Indigenous, six were Caucasian, four were Black and one was South Asian.

Erick Laming, a member of the Shabot Obaadjiwan First Nation, is a PhD candidate in criminology at the University of Toronto and a co-author of a police use-of-force study for the Ontario Human Rights Commission. He independently tracks police shootings in Canada in his own database.

He says 2020 was the deadliest year for police shootings in the last four, even though the overall number of shootings was below the average of 64 shootings in that time frame.

Police forces and oversight bodies each collect data differently, Laming adds. That means it can be inconsistent and under-reported. Many forces don't collect race-based information. And, if they do, they don't publicly report it.

It's time for a nationally standardized database, he suggests.

"It's so important so we can understand what are the trends, what are the patterns and what can we improve," Laming says. "It's also important for police to identify problems within their agency."

Marty Powder, 48, was a few blocks from home when he was shot and killed by Edmonton police in September.

Shelly Powder says the uncle who helped raise her had had encounters with police and was involved with gangs, but was also protective and loving. He taught her about her Indigenous culture.

He was one of seven children raised by a single mother, she says. When he was young, his father was beaten to death. He was first arrested when he was about 13.

Over the years, four of his siblings died -- one from pneumonia, one froze to death outside and one died by suicide.

After he was last released from prison, her uncle committed to staying out of trouble and to staying sober, Powder says But soon after his girlfriend killed herself in the basement of their home -- the same place his brother had taken his life three years before -- and her uncle relapsed.

The Alberta Serious Incident Response Team says police were called after a man was seen with a gun in an alley behind a motel, then in the backyard of a nearby home. A tactical unit surrounded the home and a confrontation occurred. Two officers fired their guns.

A 12-gauge, semi-automatic shotgun with a single round in the chamber was recovered at the scene and more ammunition was found in Marty Powder's pockets.

Powder says her uncle's body was not released to the family for weeks and it appeared he had been shot multiple times, including in the back of the head. ASIRT has not said how many times he was shot.

She says the family has a lot of questions.

"It's just crazy how many bullets they had to use on him."

Edmonton police were involved in two other shootings this year. Those two people survived.

In most of the shootings in Canada -- 31 of the 55 -- police indicated those shot had a weapon. In 16 encounters, it was a firearm. The second most common weapon was an edged weapon such as a knife. @

Akwasi Owusu-Bempah, an assistant professor at the University of Toronto who examines policing, says he is concerned by the number of wellness checks that turned fatal.

"We would like to see much more restraint with respect to police use-of-force involving people suffering from mental illness and of course less police involvement in, for example, wellness checks," he said.

"Simple police presence in those situations creates a greater opportunity for violence to be inflicted."

Lorne Foster, a professor of public policy and equity studies at York University, says it's time to ask who is best equipped to respond in these situations. Police are acting as lead responders in cases where they shouldn't be, he says, and their presence can make things more confrontational.

Foster says racialized and low-income communities are more likely to see use of force by police. Even with gaps in racial data, he says, there are patterns consistent with research.

Implicit bias exists in every institution, he adds. However, when those biases are involved in policing, some officers who see a Black or Indigenous person immediately see a problem.

"These kinds of perceptions lead to more surveillance."

It's a cycle. Police are more likely to stop and question racialized people, who get frustrated with over-policing, so interactions with officers become increasingly hostile, says Foster.

But he feels the issue is finally being recognized and he's hopeful there can be change.

"I see this as the worst of times and the best of times," Foster says. "We can get some positive transformation out of a lot of tragedies that have been happening."

In Winnipeg, signs reading "Justice for Eishia" are still plastered on a gate, a flag and a front window of her mother's home. They also hang in her car. Hundreds of people have attended several rallies in the girl's name.

Zebrasky says she hopes for change but doesn't know if it will come. The urn in her kitchen is a constant reminder of how she feels about police.

This report by The Canadian Press was first published Dec. 21, 2020.