WINNIPEG -- The Winnipeg Police Service is currently at a home on Middle Gate in the Armstrong's Point neighbourhood.

Police aren't saying much about why they are on scene but have said this is an "on-going investigation."

The house can be seen completely taped off with officers out front.

Forensics officers are out taking pictures of the home and surrounding area.

There is a vehicle that is parked in front of the house and is currently inside the police tape.

Police have said there is no threat to the public.

Police told CTV News more information will be avaliable later in the week. 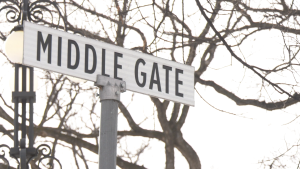