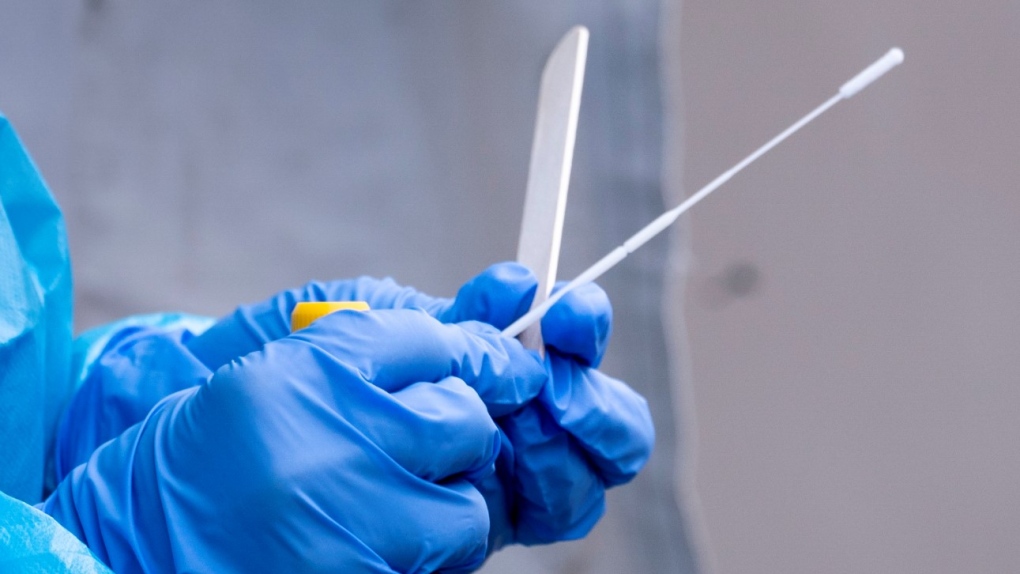 A nurse gets a swab ready at a temporary COVID-19 test clinic in Montreal, on Friday, May 15, 2020 .THE CANADIAN PRESS/Paul Chiasson

WINNIPEG -- The Winnipeg Regional Health Authority (WRHA) has opened a pop-up COVID-19 testing site in Winnipeg during a week of record testing numbers in the city.

The pop-up testing site is at the Access Fort Garry Centre, located at 135 Plaza Drive in south Winnipeg. It will stay open until 6 p.m. on Thursday, July 23, and, beginning on Friday, will continue to operate every day from 9 a.m. to 4 p.m.

To attend the testing site, appointments are not required and anyone who is eligible for testing can go.

This news comes as Winnipeg’s three other community testing sites are experiencing a very busy week. On Wednesday the combined total of completed tests was 605, a record number.

Gina Trinidad, chief health operations officer for the WRHA, thanked testing site staff in for their work in managing the demand.

“We would also like to assure Winnipeggers that we are working as quickly as possible to action further contingency plans to manage this current surge, and ensuring preparedness for any eventuality, including sustained demand now and into the fall and winter months,” she said in a news release.

The WRHA noted in order to help keep up with the surge, the community testing site located at the MPI Service Centre on Main Street will stay open until 7 p.m. on Thursday.

CTV Winnipeg reported earlier in the week the COVID-19 testing demand has been so high in Winnipeg that people have been turned away. Other parts of Manitoba, such as Selkirk and Brandon, are also seeing high demand.