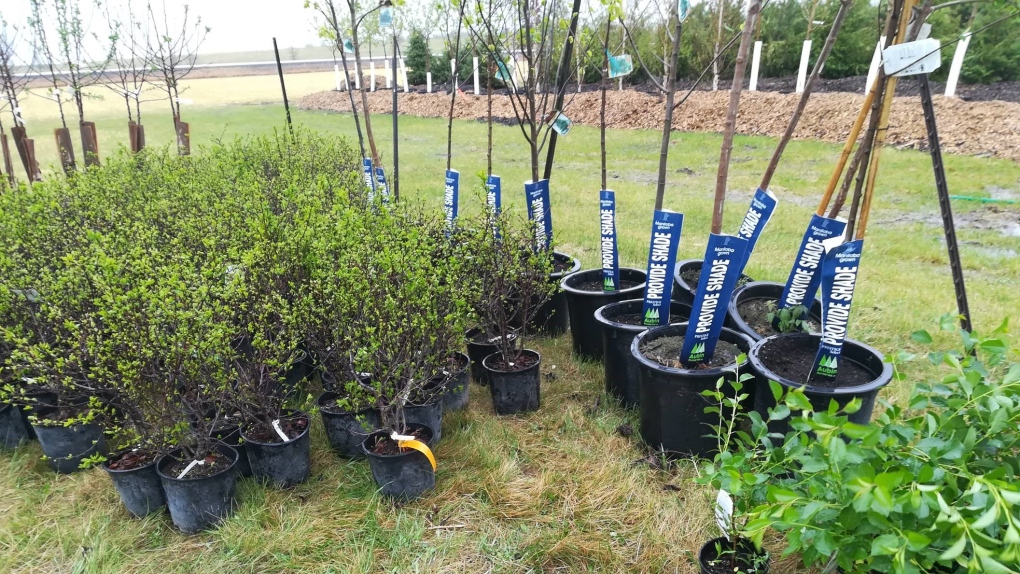 Packages for trees can be found on Trees Winnipeg's online store and will be available to pick up on June 4. (Source: Trees Winnipeg)

A popular tree planting program has helped Winnipeg move a step closer to its canopy goal over the last five years, but now there is a concern over sluggish sales.

ReLeaf offers trees to homeowners at a subsidized rate to property owners in and around Winnipeg.

Matt Vinet, who is with Trees Winnipeg, said demand quadrupled since it first start five years ago but he is dumbfounded by what is happening in 2022.

"Usually within a week we sell out and this week we've only sold half of them," said Vinet.

Vinet said he knows Winnipeggers care about trees and feels people just don't have the information compared to previous years.

"Of all places in Canada and North America I don't think there is a city I have ever been to where the citizens are more interested in their trees than in Winnipeg."

Packages for trees can be found on Trees Winnipeg's online store and will be available to pick up on June 4.

Chinese-Canadian tycoon due to stand trial in China, embassy says

Chinese-Canadian billionaire Xiao Jianhua, who went missing in Hong Kong five years ago, was due to go on trial in China on Monday, the Canadian embassy in Beijing said.

Torched forests and cities burned to the ground. Colleagues with severed limbs. Bombardments so relentless the only option is to lie in a trench, wait and pray. Ukrainian soldiers returning from the front lines in eastern Ukraine’s Donbas region, where Russia is waging a fierce offensive, describe life during what has turned into a gruelling war of attrition as apocalyptic.

16 dead, including schoolchildren, after bus falls into gorge in India

A passenger bus slid off a mountain road and fell into a deep gorge in northern India on Monday, killing 16 people, including schoolchildren, a government official said.

After a metre of rain, 32,000 around Sydney, Australia, may need to flee

More than 30,000 residents of Sydney and its surrounds were told to evacuate or prepare to abandon their homes Monday as Australia's largest city faces its fourth, and possibly worst, round of flooding in less than a year and a half.

Two people are injured and a third is in custody after what RCMP describe as a 'public shooting' at a rodeo in B.C. Sunday.