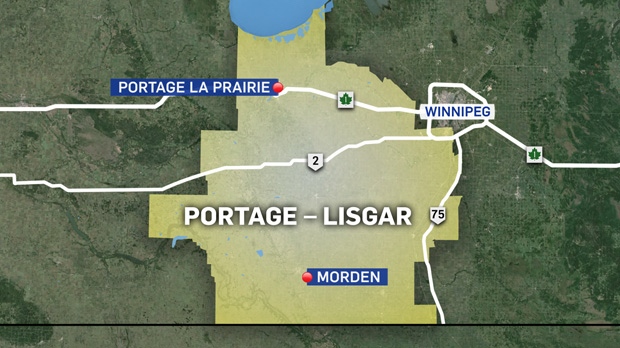 Portage–Lisgar has the U.S. border to the south and Lake Manitoba to the north. Its centres include Portage La Prairie, Carman, Morden, Morris, Winkler and St. Claude.

Five candidates are vying for the Portage–Lisgar seat, including its Conservative incumbent Candice Bergen. A hub of agriculture and industry, the riding is located between the U.S. border to the south and Lake Manitoba to the north.

Conservative Candice Bergen won her second consecutive seat in the riding with more than 23,000 votes ahead of New Democrat Mohamed Alli.

See an interactive map of all Manitoba ridings here.