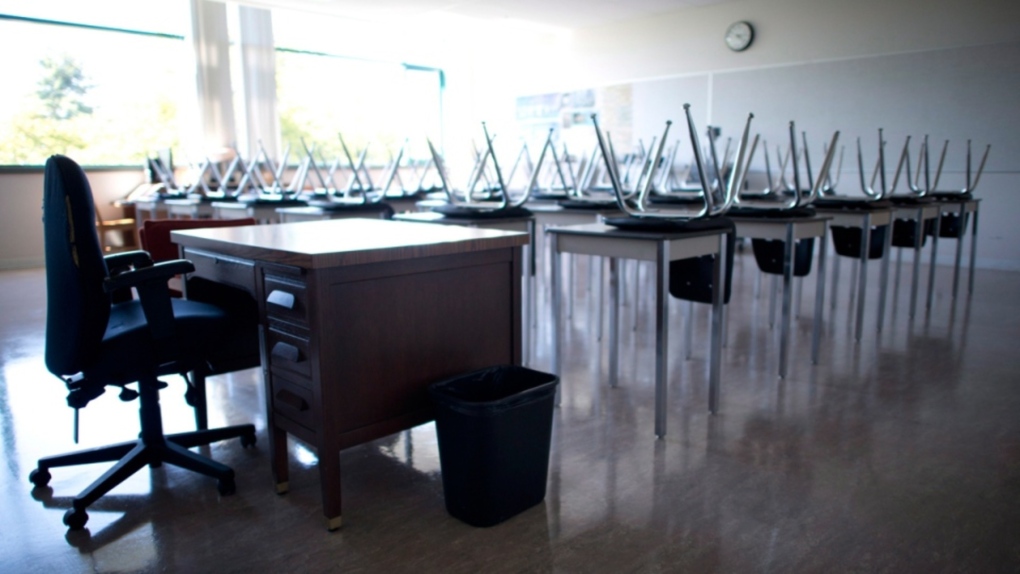 WINNIPEG -- Public health officials are advising of a possible COVID-19 exposure at another Winnipeg school, but are mum about the details of the case.

As schools head into the second week of the 2020-2021 school year, there are have now been five possible COVID-19 exposures all at different schools in Manitoba.

On Monday, provincial public health officials confirmed the 5th case was at Beaverlodge School at 6691 Rannock Avenue, which is in the Pembina Trails School Division. Dr. Brent Roussin, Manitoba’s Chief Provincial Public Health Officer, said the infected person did not have symptoms at the time, but was at the school on September 10 in the morning and afternoon. There was no mention on whether the infected person was a staff or student, or which cohorts were affected.

“We have now five schools affected, each and every case was in an asymptomatic person which means that our screening is working,” Roussin said on Monday. “We are not having symptomatic people back there.”

The case at Churchill High School was the first one reported last Wednesday. At the time Public Health released information stating the case was in a Grade 7 student who took public transit to school. The release also stated which classroom the student was in, which bus route the student took and at what times they were on the bus.

On Monday, Roussin said that won’t be the case any longer.

”After we doing so there was a tremendous amount of stigmatizing behaviour that came out, we received a number of issues from professionals saying they were a little bit concerned about the amount of information that was released,” he said.

Roussin said the information given about that case made it too easy for people to figure out the identity of the infected person.

He said going forward public health is committed to publicly identifying which schools get potential exposures while sending out more detailed information to those who are directly impacted.

He added that he understands why the public may want more information, but he also understands the concerns certain educators and public health professionals have raised about releasing too much information.

“We can’t achieve both of those things so we have to find a balance,” Roussin said.

Manitoba’s Premier Brian Pallister reminded Manitobans Monday to be respectful and kind to the health care and educational leaders.

“COVID isn’t the only thing that is contagious, your attitude is too,” Pallister said. “And if you start questioning what the health leaders do, you are going to encourage your kids to be doubtful and fearful and that wouldn’t be a good thing to do.”

He said two different letters were sent out to parents. One letter to everyone in the school community letting them know about the potential exposure, the other to people who were in the cohort directly impacted.

Fransen confirmed there have been a few close contacts to the case at Beaverlogde School who have been asked to self-isolate, but wouldn’t be more specific.

Fransen also told CTV News the areas of the school the person who tested positive was in were given an extra cleaning.

Health officials say none of these cases were contracted in school.

Roussin said Monday there is a focus on preventing spread within schools and it starts with the fundamentals: hand hygiene, practicing physical distancing and staying home when even mildly ill.