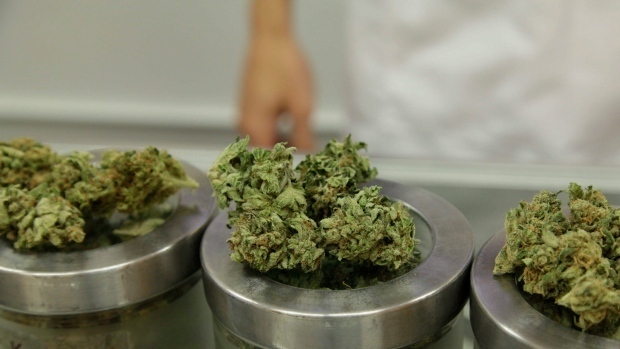 Today marks one year since pot was made legal in Canada.

Police, lawyers and advocates say that one year into cannabis legalization, Canada has a long way to go toward stamping out the black market and pot-impaired driving.

The weed is expensive, the selection is limited, the black market persists, and licensed stores are scarce.

While many residents remain proud of Canada for bucking prohibition, a lot still buy cannabis on the sly, because taxes and other issues mean high-quality bud can cost nearly twice what it did before legalization.

Much of the drug's production and distribution over the years has been controlled by outlaw groups, including the Hells Angels, and replacing such criminality with safe, regulated sales is a key goal of legalization.

Yet legal sales in the first year are expected to total just $1 billion, an amount dwarfed by an illegal market still estimated at $5 billion to $7 billion.

"We can't call it a success at this point," Chief Const. Mike Serr of the Abbotsford, B.C., police department said of the law change a year ago Thursday.

He said organized crime's market share and youth consumption have not yet fallen, and tools to detect stoned drivers are still lacking.

But Serr, who also co-chairs the Canadian Association of Chiefs of Police drug advisory committee, said resources and workloads have not changed much.

"When you talk to chiefs all across the country, the sky didn't fall."

Edibles get green light amid concerns

Meanwhile, a national non-profit group says it's important for teens and parents to know the effects of marijuana edibles and extracts -- including the difference between ingesting and inhaling the products.

Drug Free Kids Canada is issuing some important warnings, now that cannabis edibles, topicals and extracts can be legally sold to adults in the country starting today.

It says youth already aware of the rapid effects of inhaled cannabis might not understand that edibles and extracts produce delayed responses and taking a second or third portion before the peak occurs can cause over-intoxication.

The group is also calling on users of cannabis edibles to ensure products are kept away from small children.