The southbound lane of St. Mary's Road, south of Fermor Avenue, was closed Monday morning due to a pothole.

Images from the scene show pylons and barricades blocking the area around the pothole, which is covered by wood panels.

A witness CTV News spoke with said one car received heavy frontend damage, with several other vehicles also affected by the hole.

Other roads with major potholes include Dakota Street, south of Bishop Grandin, and Warde Avenue between St. Mary's Road and Dakota Street. 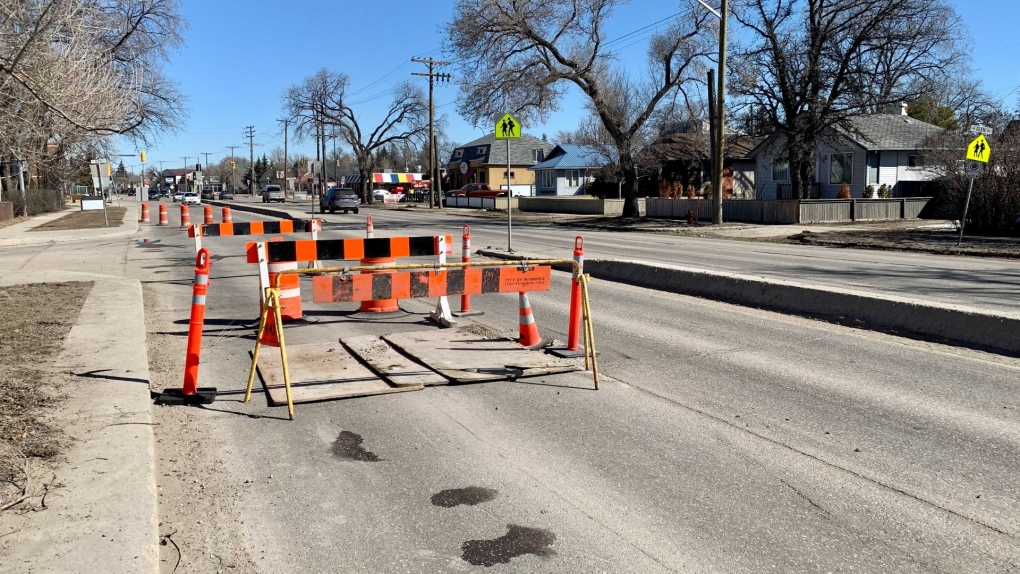 In a statement to CTV News, the City of Winnipeg said crews are repairing potholes with temporary patches until the weather improves.

The city went on to say there are fewer potholes than average this year, with the crews filling just over 22,000 so far. 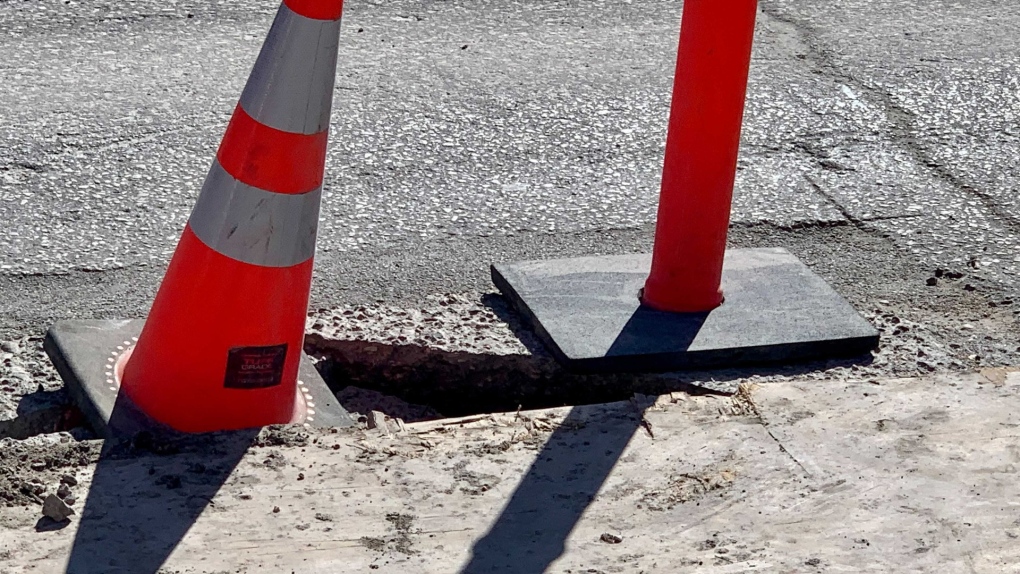 Over at Erickson Motors, owner James Erickson said the shop is seeing its fair share of pothole-related repairs this spring.

"A lot of rims and tires, yeah, and a lot of alignments," noted Erickson. "They get knocked out of alignment."

As for trying to avoid potholes, Erickson recommends Winnipeggers make sure their tires are properly inflated to avoid damage and drive at an appropriate speed.

"The big thing is to keep your eye on the road, keep your tires topped up so you can avoid them when possible and slow down," he said.

Erickson said vehicles with low-profile tires are the most likely to get damaged by potholes.