It's pothole season in Winnipeg, but some potholes have gone so deep they've uncovered an interesting bit of Winnipeg's history.

Decades-old rails were revealed by a stretch of potholes on Osborne Street this week.

"What you're looking at are remnants of the streetcar system that used to serve Winnipeg," said Fred Headon, a retired educator who has written two books on the railways of Winnipeg and is working on a third volume.

"Rails were set in major roadways, and the cars and buses and everything else shared the roadways with the streetcars."

The last of the streetcars ran through Winnipeg on Sept. 19, 1955. The city subsequently pulled up lots of the rails, Headon said, but not all of them. In many cases, he says it was cheaper to leave the rail ties in the ground. 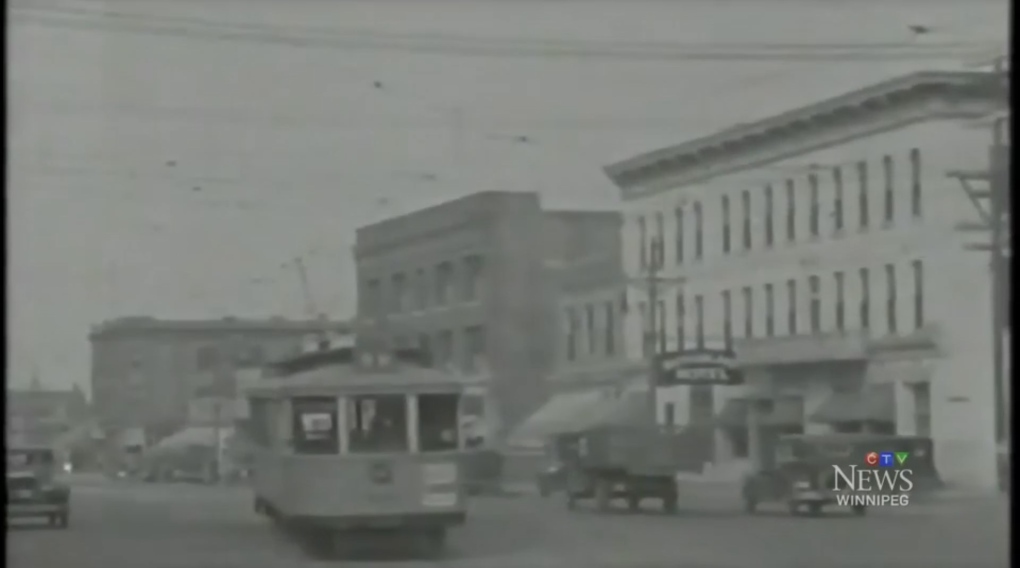 The last of the streetcars ran through Winnipeg on Sept. 19, 1955. (Source: Archives of Manitoba)

"The quick and easy way was simply to asphalt over top of everything, and when that asphalt wears thin, the rails reappear," he said.

It is not the first time Winnipeg's history has popped through the cracks in the concrete. CTV News previously reported the stretch along Osborne Street had exposed old rail tracks back in 2014.

The streetcar has become a historic symbol in Winnipeg – a reminder for many of the 1919 general strike. A permanent art installation at the Pantages Theatre Plaza displays the iconic image of a streetcar being tipped over on June 21, 1919 – a day that would become known as Winnipeg's 'Bloody Saturday'.

Headon said the streetcar system has had a huge impact on Winnipeg's development as well – acting as a conduit for people to the downtown as the city began to sprawl outwards.

A spokesperson for the city told CTV News when a street is fully reconstructed at the end of its service life, any streetcar rails are removed. But while the rails remain, Headon said Winnipeggers who see them peering through a gaping pothole in the road should be thankful for the role the rails played in the city's history.