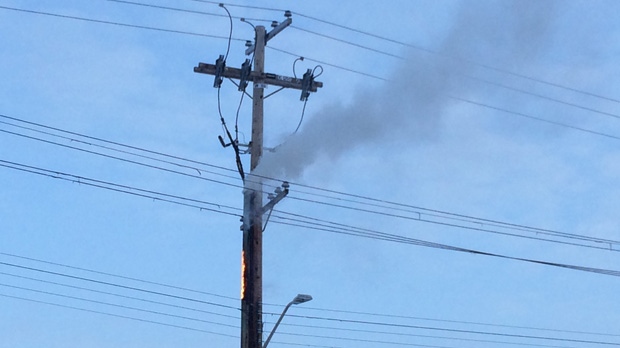 WINNIPEG -- Hundreds of people are without power on Sunday as Manitoba Hydro crews work to restore service.

Repairs to damages caused by a hydro pole fire in the Tuxedo area of Winnipeg is requiring a power outage affecting approximately 750 customers.

Manitoba Hydro said, in a tweet, that repairs have begun and will take about four hours to complete, making the estimated time for service being restored around 3:45 p.m.

Manitoba Hydro also reported outages in other areas across the province:

About 850 customers were affected by these outages but, as of roughly 12:30 p.m, power was restored.

In a tweet, the Crown corporation said the weather is keeping crews busy across the province.