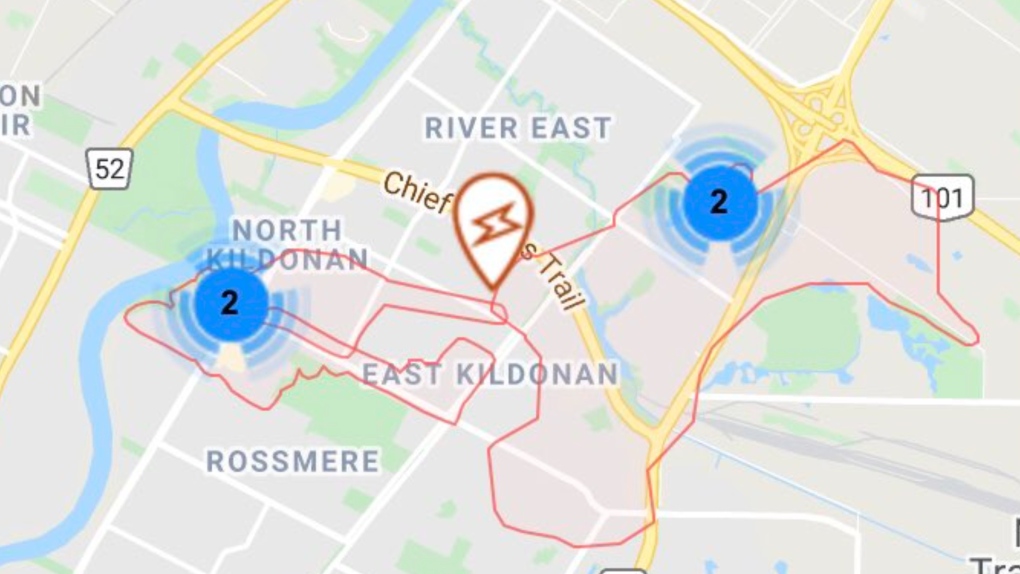 UPDATE: In a tweet released at around 11:20 p.m. Sunday, Manitoba Hydro reported they had restored power to most customers affected by the outages in North Kildonan and East Kildonan.

As of 4 a.m. Monday, the Hydro online outage map showed no customers in the area were without electricity

Thousands of people are without power in both North and East Kildonan Sunday night.

Shortly before 10 p.m., Manitoba Hydro posted on Twitter about the outage, which is affecting approximately 4,000 customers.

The Crown corporation said it is looking into the cause of the large outage.

According to Manitoba Hydro’s website, power should be restored to most customers by 12:30 a.m.

Looking into a large outage in North Kildonan and East Kildonan. About 4,000 customers affected. If you haven’t yet, report your outage using our app or on the website here: https://t.co/Aws5vFIruK pic.twitter.com/DnSgmd8Z37