WINNIPEG -- A Winnipeg-based doughnut shop is defending a decision to buy local after Prime Minister Justin Trudeau was criticized over some sweet treats from the business.

On Monday, Trudeau tweeted a picture of himself at Oh Doughnuts, picking up seven boxes of doughnuts from the Winnipeg-based store. He is in Winnipeg for a three-day cabinet retreat which began on Sunday.

Picked up some of Winnipeg’s best to keep us going through another full day of Cabinet meetings. Thanks for the fuel, @OhDoughnuts. #shoplocal pic.twitter.com/9vrgWnUdxo

Trudeau’s tweet prompted criticism from some Twitter users, who alleged he is using taxpayers’ money to buy these desserts and that he should have gone to Tim Hortons, where the prices are lower.

Oh Doughnuts, which was tagged in the Tweet from Trudeau and many of the criticism, decided to speak out.

“I mean obviously it’s a bit sad that a lot of folks would’ve preferred he spend less money, which of course we all would as taxpayers, less money at a not-locally owned business for an inferior product,” said Amanda Kinden, owner-operator of the store.

Kinden said people on Twitter seemed to be going to website, picking out the most expensive items, and saying Trudeau spent about $50 on a dozen of the doughnuts.

“That’s not really accurate. That’s certainly not what they ordered when they ordered the doughnuts,” she said, noting the prime minister picked up some gluten-friendly treats and regular variety doughnuts. 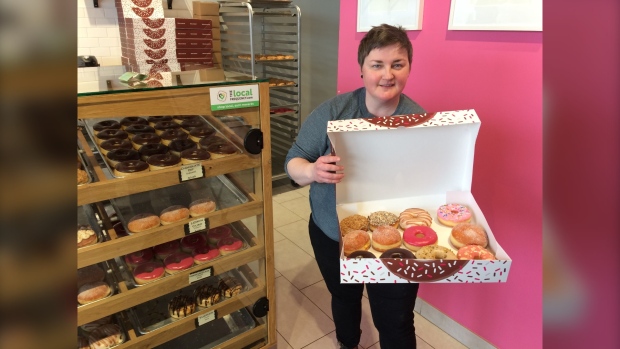 “I also think there’s way more important things that we should be working towards and focussing our energy on rather than people who are doing work. These are cabinet members who are employed and they are in meetings and they’re long, and I think that probably it’s nice that they got a nice, local treat.”

As for the complaints that Trudeau overpaid and could’ve gotten a dozen doughnuts for around $10 at Tim Hortons, Kinden said she recognizes her doughnuts aren’t for everybody.

“It’s a product that we put a lot of time and good ingredients into and the price reflects that,” she said.

Kinden notes the store donates doughnuts to community groups and charities, with the aim of allowing people who can’t typically afford the product the chance to enjoy them.

HOW DID TRUDEAU END UP AT OH DOUGHNUTS

Kinden said the order for the doughnuts was placed online.

She was not at the shop at the same time as the prime minister, but her staff informed her Justin Trudeau came to the store. Kinden immediately went and looked at the security camera and realized he had in fact been there.

She said when she saw Trudeau’s tweet about Oh Doughnuts she thought it was great to see a person of influence shopping local.

“I thought ‘Oh, oh, I don’t know what’s going to happen now, look at all the followers he has. This is going to be really interesting for a little, humble doughnut shop,’” Kinden said.

“I thought it was really cool actually that, you know, he’s obviously a person of influence and shopping local, it’s become a bit of a trend , a catchphrase, but there is a lot behind it and it’s a really important thing that people should be aware.” 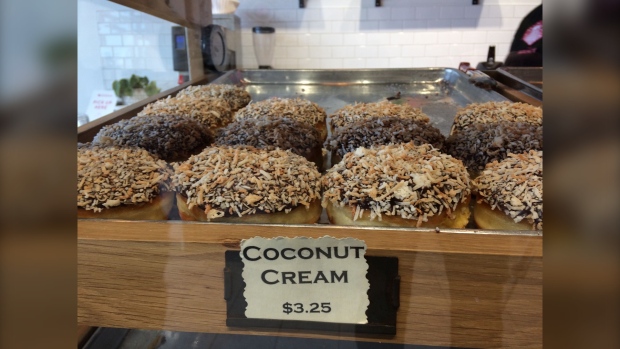 THE BENEFITS OF SHOPPING LOCAL

“All of these things help support other families in the community. That’s really what it’s about.”

She said she didn’t realize when she started her business how many people she would end up employing.

“So by shopping at our two doughnut shops, people are supporting 30 other people. It’s a really easy way to make a significant impact on our community.”

And Winnipeggers seem to want to support local businesses as well.

Since Trudeau’s tweet, Kinden said a lot of people who’ve never been to Oh Doughnuts have been coming in because of the viral moment -- #doughnutgate is trending across Canada Tuesday afternoon.

CTV News Winnipeg has reached out the prime minister’s office for comment. A spokesperson said they are going to let the tweet, hashtagged #shoplocal, speak for itself.