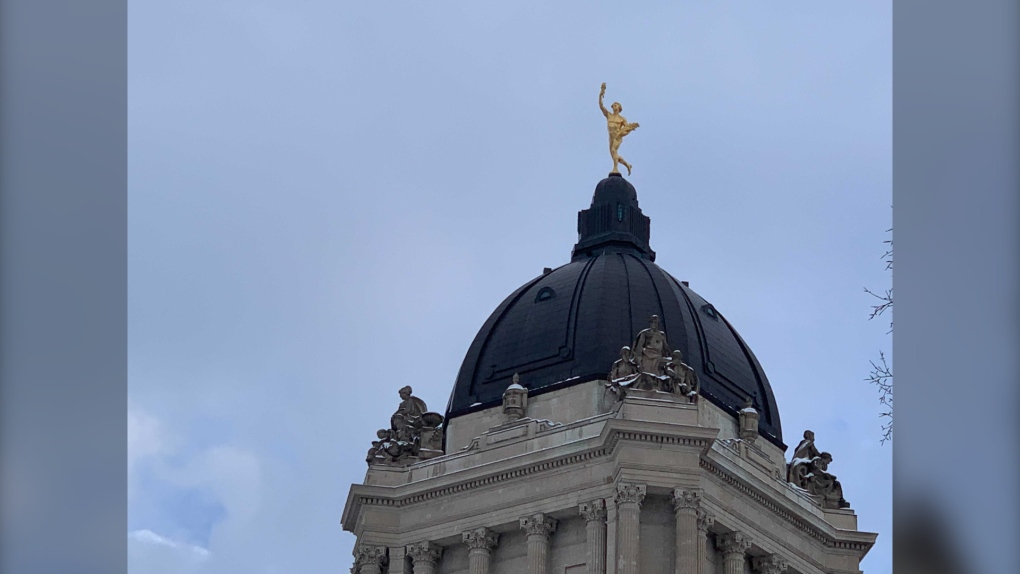 The top of the Manitoba Legislature is pictured on November 16, 2021. (Source: Jamie Dowsett/CTV Winnipeg)

Manitoba Health says a privacy breach that happened earlier this week following a break-in at a facility compromised some people’s personal health information.

According to a statement from the province, the break-in took place at the Manitoba Health Appeal Board office on Portage Avenue on Nov. 29, with the province noting confidential information was stored in the office.

The province said it is believed personal health information and other private information of some clients were breached, adding in a very small number of instances, the information could include social insurance numbers.

“Manitoba Health recognizes its responsibility to protect personal information,” the statement reads. “Staff have begun contacting potentially affected clients to notify them of the break-in and potential breach of privacy, beginning with those whose social insurance numbers were known to be on file.”

The statement adds the Mental Health Review Board also shares office space with the Health Appeal Board, and two MHRB files were touched during the incident. The people affected have either been contacted or will be contacted directly as soon as possible.

The incident has been reported to the Winnipeg Police Service and the Manitoba Ombudsman.

“Manitoba Health and Manitoba Mental Health and Community Wellness will fully co-operate with the investigation. The province will also review the incident to determine if anything can be done to prevent a similar incident in the future,” the statement reads.

Outdoor enthusiasts: How to keep active and motivated during Canadian winter

The nation and the city of Memphis struggled to come to grips Saturday with video showing police pummeling Tyre Nichols -- footage that left many unanswered questions about the traffic stop involving the Black motorist and about other law enforcement officers who stood by as he lay motionless on the pavement.

Germany's ambassador to Canada says NATO will not become 'a party to the conflict' in Ukraine, despite several countries announcing they'll answer President Volodymyr Zelenskyy's pleas for tanks, possibly increasing the risk of Russian escalation.

With a deal under negotiation between Ottawa and provinces, and premiers invited to a meeting with Prime Minister Justin Trudeau in early February, the issue remains one where the Tory leader's position appears somewhat murky, including to some inside his own party.

Mass shootings have commanded public attention on a disturbingly frequent basis across the U.S., from a supermarket slaying in Buffalo, New York, to an elementary school tragedy in Uvalde, Texas, to a recent shooting at a California dance hall.