'Project Distort' leads to charges against 2 more suspects in 2017 slaying of men in St.-Georges: RCMP 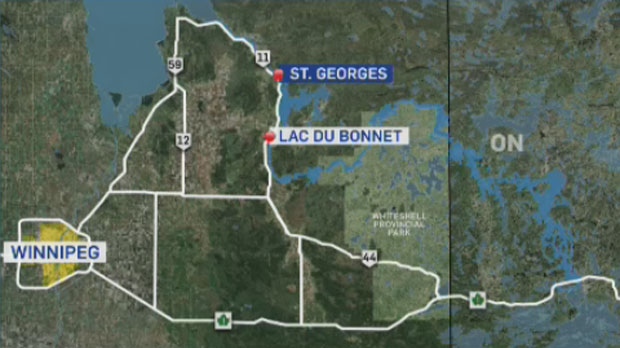 RCMP said two more suspects have been charged in connection with the 2017 deaths of two men in St.-Georges, Man., including a 28-year-old man who previously had charges against him in the case stayed and the daughter of a man charged in December.

That means three suspects have now been charged.

No further arrests are expected, and police said the arrests were the result of a complex investigation dubbed ‘Project Distort,’ which was formed around a year into the investigation.

“Hundreds, hundreds, thousands of hours of officers’, and well over three or four dozen officers probably involved, specialized units and so on, techniques, things of that nature, to the point they were able to arrest the first individual in December of 2018, and that led to the other two arrests last week,” said Cpl. Laura Ledrew, of the RCMP major crimes unit.

Within days, police charged Fort Alexander man Jason Andrew Bruyere with two counts of second-degree murder and weapons offences, but court documents from March 3, 2017 revealed those charges had been stayed by the Crown.

In December 2018 the Mounties announced Claude Francis Guimond, 54, a former principal of a high school on Sagkeeng First Nation, was charged with two counts of first-degree murder.

On May 2, police charged his daughter, Shezna Cynthia Guimond, 22, with the same offences as well as accessory to murder after the fact.

Bruyere, 28, was also charged with two counts of first-degree murder and accessory to murder after the fact on May 7, 2019.

Ledrew wouldn’t comment on what investigators believe motivated the crime as the case is before the courts, but said the accused knew the victims.

RCMP said officers with both the major crimes unit and from the Powerview detachment were on the case.

"Working together, we have spent over two-and-a-half-years conducting an in-depth investigation to determine those responsible,” said Ledrew.

All three suspects are in custody.