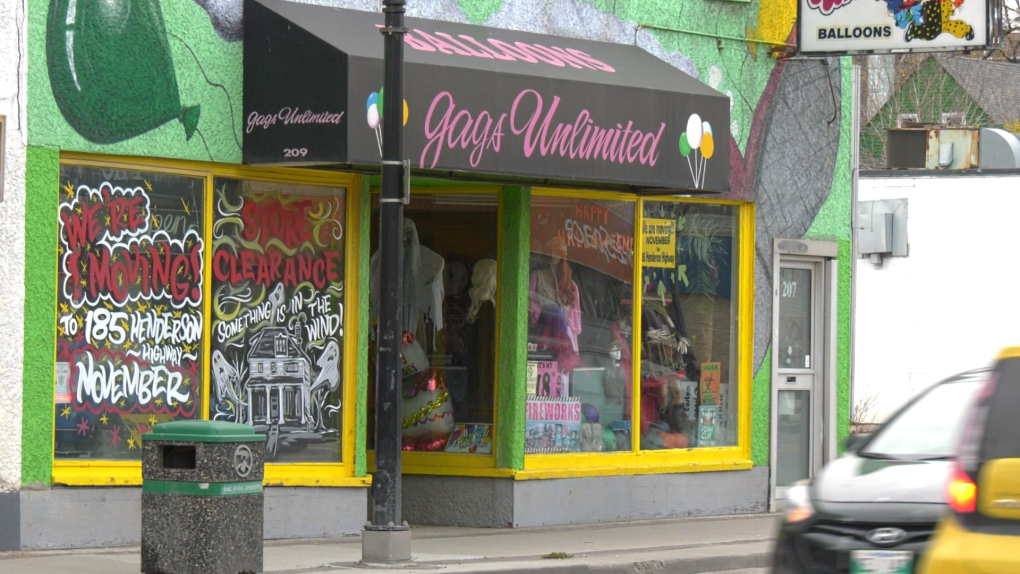 The Gags Unlimited building along with some neighbouring properties on Osborne Street is expected to be demolished next year to make way for a proposed mixed-use development, bringing more residential and commercial space to Osborne Village.

Local developer Adam Sharfe told CTV News he took possession of a string of properties along Osborne Street last September and is proposing a mixed-use development for the area.

Sharfe said the development includes the properties from 197 to 213 Osborne Street, which include the old antique shop, a parking lot, the old laundromat, and the building where Gags Unlimited is housed currently.

He said the plan is to build a six-storey building with seven commercial units on the main floor and 90 residential units above that, with around 74 parking units. 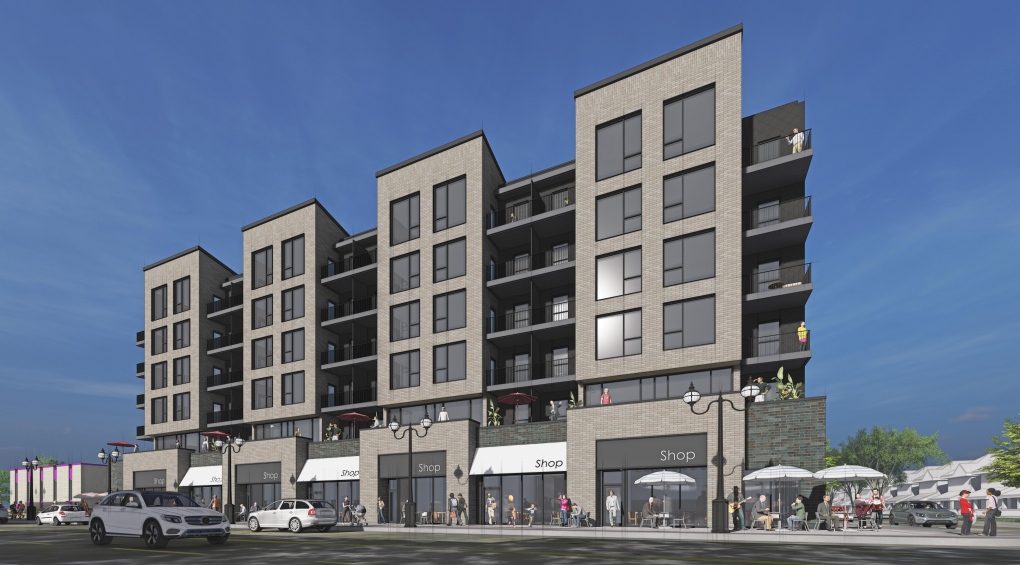 A rendering of a proposed mixed-use development on Osborne Street. (Supplied: Adam Sharfe)

"At the end of the day, we're just really excited about the possibility of putting up something there that could really help the area, the residents and the and the businesses around there," Sharfe told CTV News.

Sharfe said there have been three rounds of public consultation.

"We really haven't had any full-blown opposition to it, which is really encouraging," Sharfe said, adding there were some concerns from people regarding traffic in the area and shadows on the pool next door.

He said he has done traffic studies and a shadow study in response to the concerns.

"It seems there are a lot of residents that are optimistic about what could come there," he said.

Lindsay Sommers, the executive director of Osborne Village Biz, told CTV News in an email the organization is looking forward to the investment and growth opportunity for the Osborne Village neighbourhood.

Cheryl Wiebe, the owner of Gags Unlimited, recently told CTV News the store is getting a spooky new home. Wiebe has purchased the Hamilton House on Henderson Highway, and plans to move Gags Unlimited into the bottom level and rent out the two top levels as residential apartments on Airbnb.

He said the development project is still in its early processes, but the plan is to have the buildings demolished and construction starting in the fall of next year.

"The goal is to rebuild there with something that can bring a lot more residential units to the area and space for a lot of local companies to come and grow," he said.

Sharfe said he is currently working with the city on the rezoning and variances for the properties.