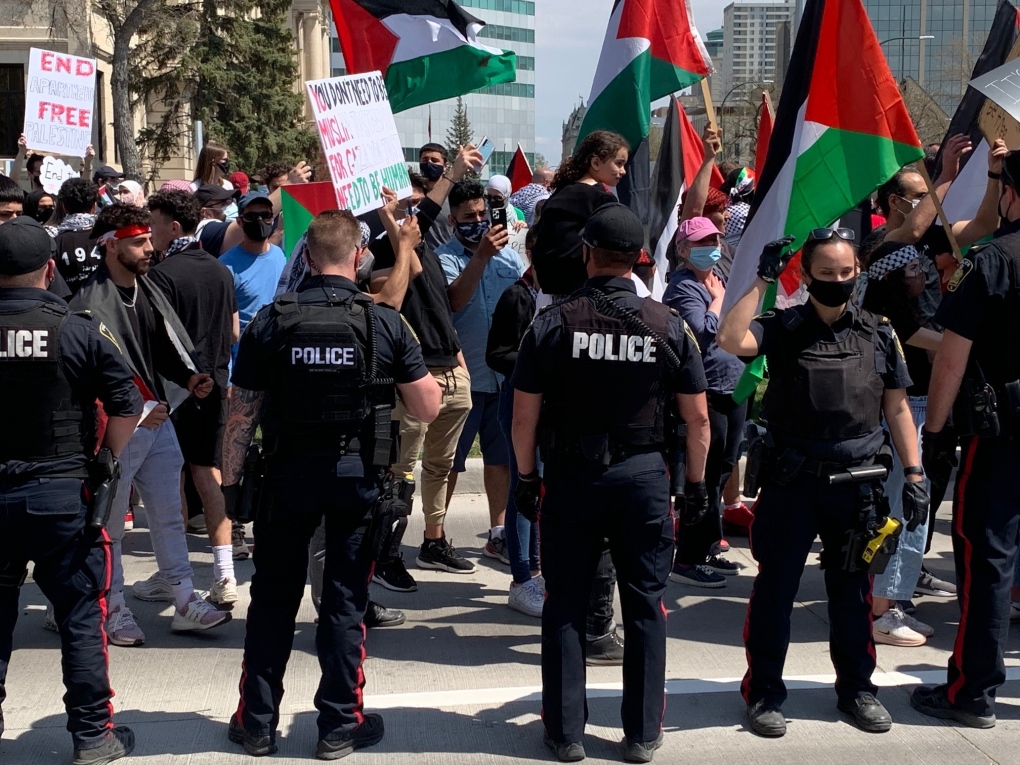 WINNIPEG -- Conflict broke out after a protest in solidarity with the Palestinian Territories at the Manitoba legislature Saturday clashed with an opposing group of pro-Israel protestors, who were also holding a demonstration.

Police officers needed to intervene when tensions between the protestors rose, at one point forming a line in the road, separating the two groups.

“They’re killing babies, women, and pretty much the Palestinians have no rights,” said Selina Zeid, one of organizers of the protest in solidarity of the Palestinian Territories.

Zeid is a University of Manitoba student. She said she was aware of the situation in the Palestinian Territories and noticed nobody was spreading awareness, so she decided to take control and do it herself.

“We can’t even celebrate Ramadan in peace, and you know what? Canada has to take change for that,” said Zeid. “It’s time start spreading awareness and taking action.” 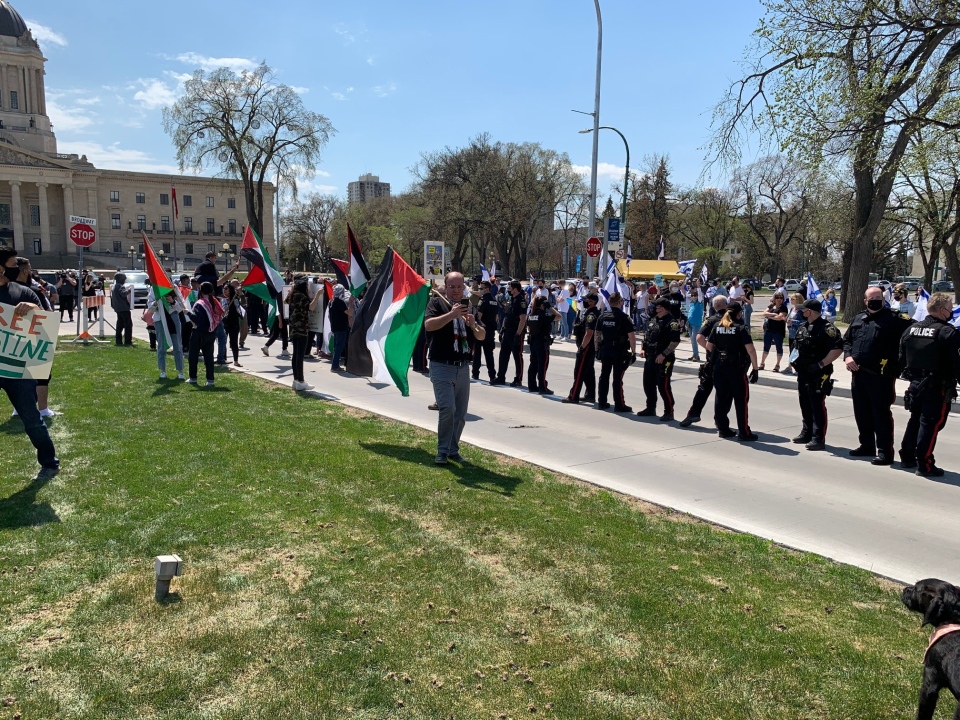 The protest comes as the Israel-Palestinian Territories conflict has escalated to new heights. On Saturday, airstrikes on the Gaza Strip bombed the home of a senior Hamas leader, killing a family of ten in a refugee camp and destroyed a high-rise building that housed the Associated Press and other media.

“We are hear to try and show that the conflict is not with the Palestinian people,” said pro-Israel protestor Noah Greenfield. “It is with the leaders of Hamas who are in Gaza and continuously firing rockets aimed at civilians.”

Greenfield said he is not confident there will be a resolution, saying it is a tribal conflict going back hundreds of years.

On Sunday, additional bombing flattened three buildings and killed at least 42 people in Gaza City, according to Palestinian medics.

Demonstrators on both sides of the conflict were waving flags and carrying signs. Both groups moved to nearby streets. They were also seen on Portage Avenue later Saturday afternoon. 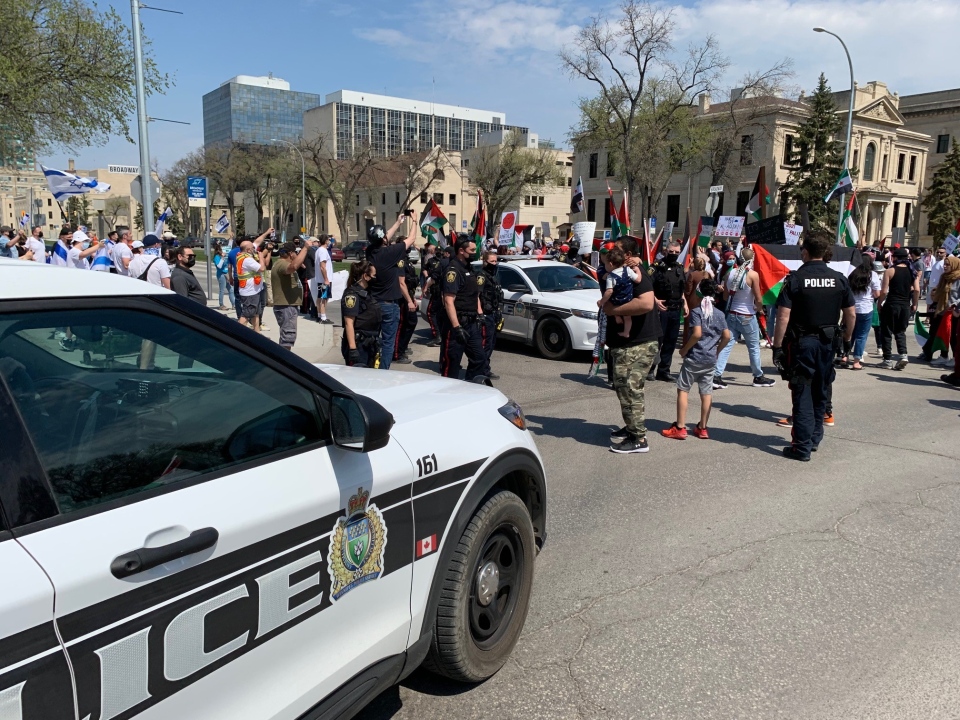 The Winnipeg Police Service said they were aware of the planned rallies and a significant police presence was on scene.

In a statement the WPS said, “While opposing political views saw tempers flare and angry confrontations, there was no actual violence and no arrests as officers on scene worked to de-escalate and defuse the tensions successfully.”