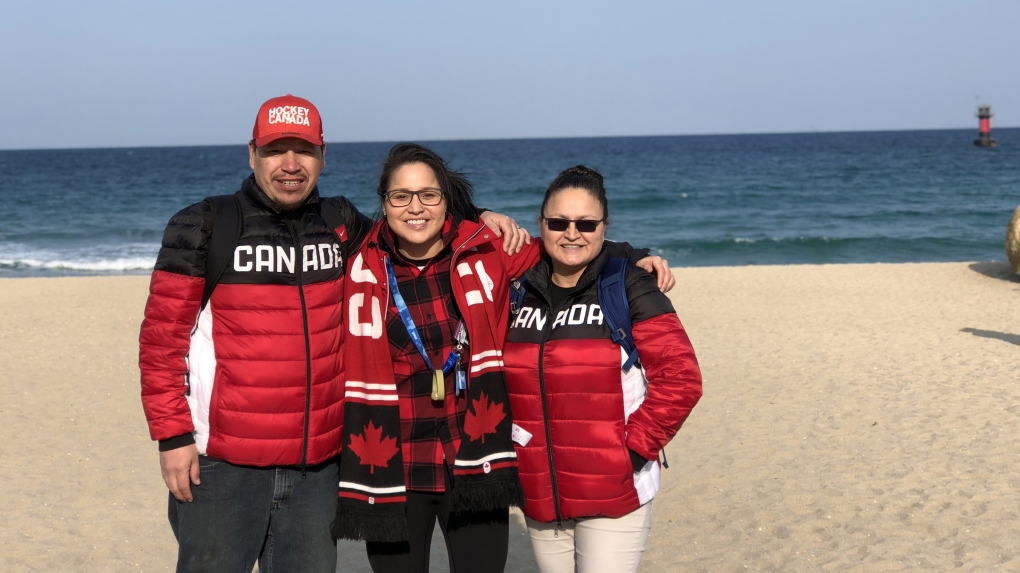 In 2009, Brigette Lacquette was a CTV News Sports Star. On Wednesday, she will play for a gold medal in South Korea.

“The biggest game of Brigette’s life. It’s something that we’re very excited about,” father Terance Laquette told CTV News via Facetime from Gangnueng.

“She hasn’t really said a whole lot but you know by the grin on her face. She’s smiling. She’s happy. She’s excited. And as a father, that’s something I’ve seen ever since she was a little girl.”

Jocelyn Laroque and Bailey Bram, both from Ste. Anne Manitoba, are also vying for the gold medal against Canada’s hockey arch rival, the U.S.A.

“We certainly have to play our best to beat the Americans. They do have a good squad,” said Terance Lacquette. “But all in all we do have a very good complete team.”

A local viewing party is planned for the game, which goes Wednesday evening Manitoba time. It will be held at the Ste. Anne Curling Club, with doors opening at 8:30 p.m.

Support from back home

Lacquette grew up in tiny Mallard, Man., where her uncle Eugene still lives and drives the school bus.

"The kids always ask me, 'when is Brigette's next game?' Everybody's aware of Brigette being at the Olympics," said Eugene Lacquette.

He said most of their family has moved to Dauphin and he plans to drive there after work on Wednesday to watch the Gold Medal Game.

"Probably meet up before the game, have some supper, maybe take pictures. Hopefully we can send a message to Brigette before (the game)."

"I'm nervous and excited," he added.

Canada defeated the United States in the Gold Medal Game at the 2010 and 2014 Winter Olympics.

-With files from Nolan Kowal