'Proud to be Canadian': Manitoba man embraces blizzard with a sombrero and rollerblades 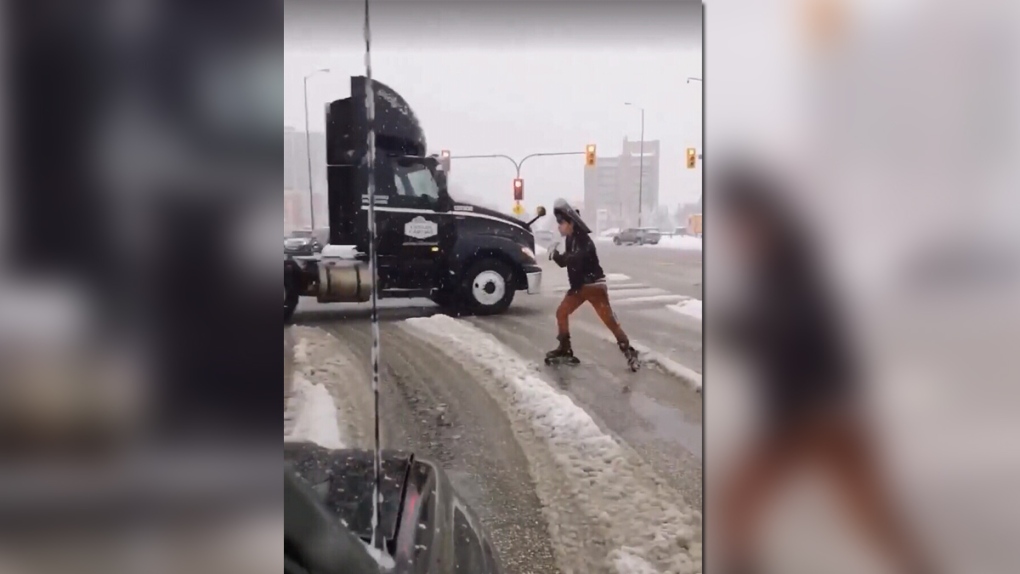 WINNIPEG -- A Manitoba man is looking back on a spontaneous decision to venture out in the recent snow storm wearing a pair of rollerblades and a sombrero as a rewarding experience.

Dylan Howell, 26, is a health care worker in Winnipeg.

On Friday, he parked his car, which doesn’t have automatic locks, at work like any other day, but because of the storm he didn’t want to lock the doors in fear of them freezing.

When he expressed his other concern to co-workers about the potential of someone going in his vehicle if it wasn’t locked, they asked him what was inside.

Howell responded explaining his sombrero and rollerblades were in the car, and then said, ‘What if I were to go for a rollerblade in the storm?’.

His co-workers kind of laughed at the idea, but then after work, Howell decided to go for a jaunt in the snow.

Howell said the excursion went well and that people were waving and smiling. At least one person got a video of it in action.

“Someone got the perfect clip with me crossing the street. The Canadian Tire truck going by,” said Howell in a phone call with CTV News.

Sliding into the long weekend

Howell also recorded the experience on his own camera.

The video that started it all. Thanks so much everyone for the shares, notifying me when you see content, the laughs, the positive comments, and the likes. This last 24 hours has been WILD. Today people came up to me to shake my hand, stopped their cars to shout things, and I took so many pictures with the nicest people. This is so surreal. I love you all ❤️ I wish i could get a slurpee with each one of you individually to thank you. Let’s keep spreading joy even on the worst days :)

Howell said one of the coolest things from the experience has been the overwhelming positive response.

“That moment can change a drive home,” he said.

“This blizzard, that is causing so much trouble and strife. People can take a moment to smile through it, to be proud to be Canadian even though it causes all this trouble.”

Howell said since the video was circulated he’s worn the sombrero a few other places, also receiving a positive response.

“Yesterday I went to a store and people were shaking my hand and stopping and waving. It’s been the craziest day and a half,” he said.

Howell said it feels good to get the response knowing so many people across the province are working hard in this turbulent time, fixing lines and working overtime.

“It was really nice. It wasn’t intentional. It just kind of happened,” said Howell.