Province could vaccinate all Manitobans by end of April if Feds provide enough doses: Taskforce

WINNIPEG -- Manitoba's vaccination task force said it could get every Manitoban both doses of a COVID-19 vaccine by the end of April, if the federal government is able to provide enough doses.

Previous projections only estimate 70 per cent of the population will be inoculated by the end of the year. The discrepancy, vaccine planners say, is supply.

One projection based on maximum capacity shows Manitoba could deliver 1.8 million additional vaccine doses before the end of April, enough for every Manitoban to get the 2 doses required for both Pfizer and Moderna vaccines.

In order to do this, tens of thousands of immunizations would have to happen each day. 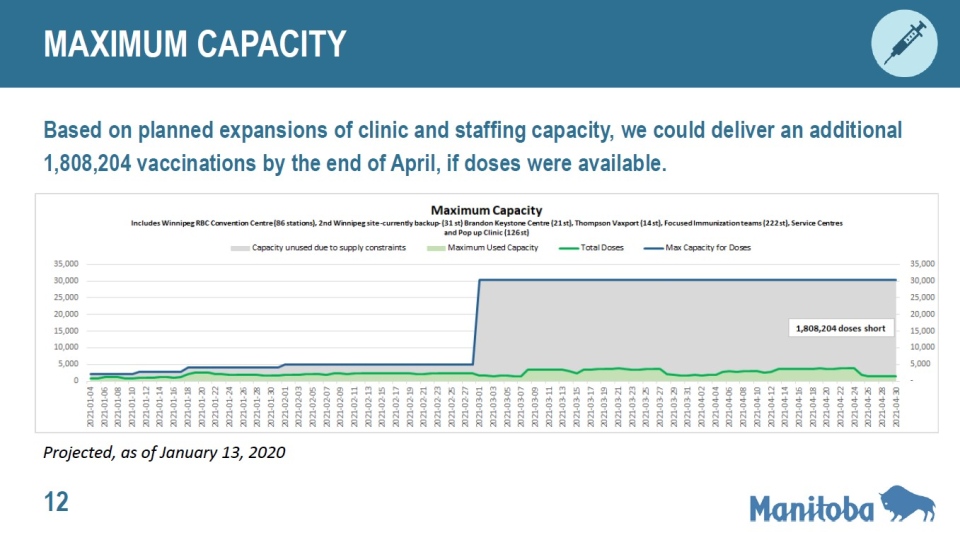 Dr. Joss Reimer, a member of Manitoba's COVID-19 Vaccine Implementation Task Force said one component connected to that maximum capacity volume is the overwhelming number of applications for jobs at immunization sites.

Expansion plans to get there include expanding the existing and planned vaccination supersites in Winnipeg, Brandon and Thompson, as well as adding a fourth location.

Focused Immunization Teams (FIT) would be beefed up and mobile vaccination sites would also start happening. 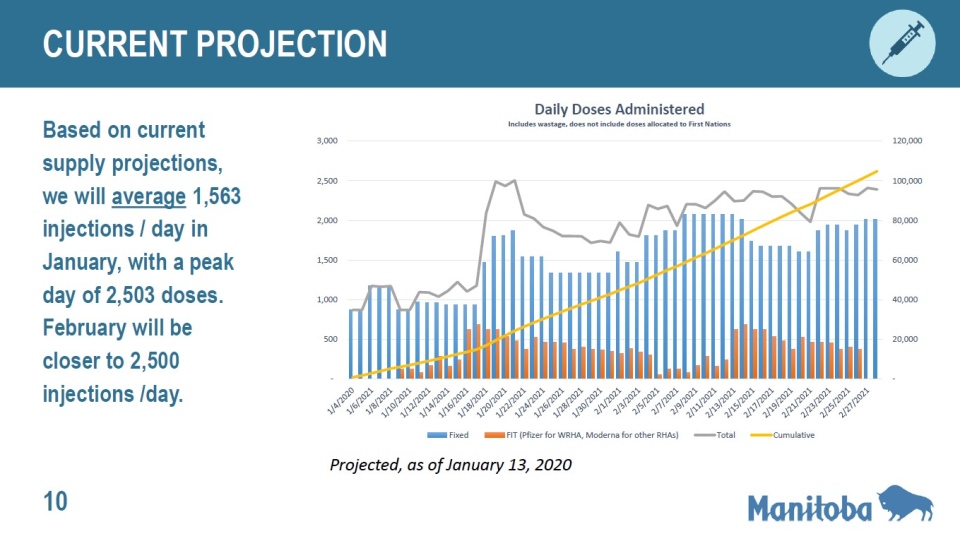 Another way Manitoba is planning to get more shots in arms is to do them in doctors' offices or pharmacies.

It is a part of the vaccination expansion plan as well, but Dr. Reimer said it's not feasible yet with how sensitive Pfizer and Moderna vaccines are to temperature and transportation.

"If that changes, we certainly would welcome expansion to more sites to make it as convenient as possible for Manitobans to get access to the vaccine,” she said.

She added if another vaccine that isn’t as sensitive gets approved by Health Canada, it would be more widely distributed. 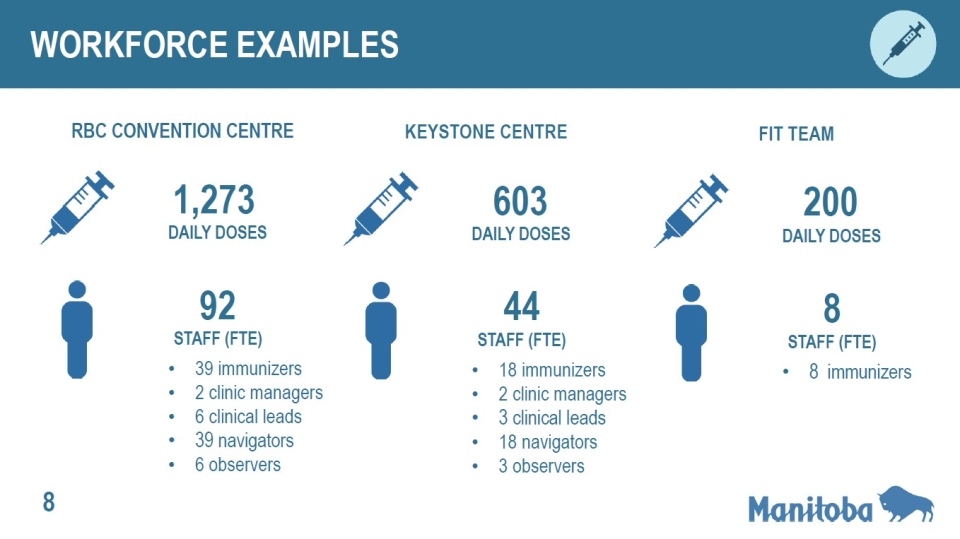 Pharmacist Carey Lai told CTV News once that day comes, community pharmacies and doctors' offices will play a big role in the fight against COVID-19

"Easier to make appointments, more convenient for accessibility for locations," he said.

In the meantime, Lai is working as an immunizer at the RBC Convention Centre supersite to do his part in the fight against COVID-19.