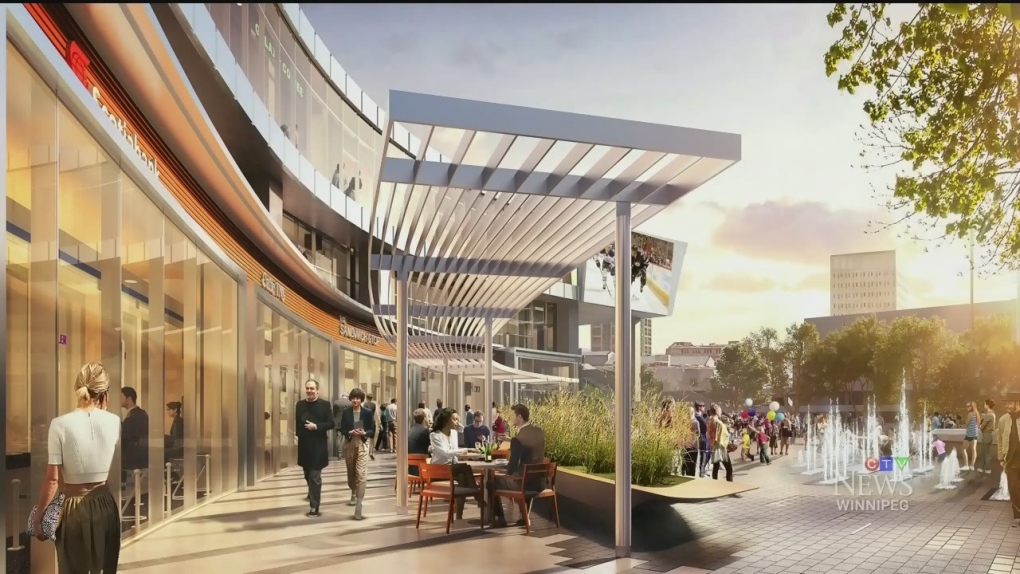 The Manitoba government announced Monday that it will be using tax increment financing (TIF) to support the development of several downtown Winnipeg projects.

“The Province of Manitoba is pleased to support these transformative private investments in downtown Winnipeg,” said municipal relations minister Jeff Wharton in a news release.

“Manitoba is once again open for business and is recognized as an attractive destination for private investment by companies from across the country and around the world. These projects bring significant economic benefit to our city and province, helping put Winnipeg at the forefront of mixed-use development designed for connectivity of people and buildings.”

TIF is a financing method used to subsidize infrastructure and other community projects by using future tax gains to subsidize current improvements.

According to the province, up to $11.95 million in TIF will be used for the development of the True North Square public plaza, which includes green space, programmable space and a water feature. The surrounding public streets, sidewalks and skywalks will be enhanced as well.

The government is also supporting the creation of a 194-unit residential tower at 225 Carlton St., next to the office and retail tower at 242 Hargrave St.

As well, TIF will be used in support of the development of a residential tower attached to The Sutton Place Hotel on Carlton, which will feature retail space, restaurants and will be connected to the existing skywalk system.

“These projects support our commitment to the development of downtown Winnipeg,” said Wharton.

“More Winnipeggers are choosing to live downtown and grants such as these keep the momentum of downtown revitalization going by stimulating private investment.”

The official grand opening of the True North Square public plaza is scheduled for Sept. 27.