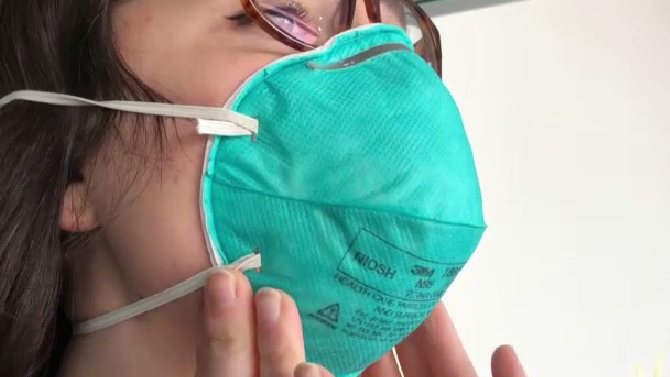 File image of a medical mask.

WINNIPEG -- The Province of Manitoba is recalling expired masks it sent to schools, daycares, and correctional officers after an outcry from staff and unions over the decade-old masks.

Correctional officers’ masks were more than 10 years old and years beyond their expiry date, according to an email obtained by CTV News Winnipeg, from the Manitoba Government and General Employees’ Union (MGEU) sent to its corrections members on Monday night.

The MGEU notified senior management at Manitoba Justice about the situation. The department agreed to deliver unexpired masks to correctional facilities on Monday night.

The MGEU noted it will follow-up with Manitoba Justice about its plans.

A spokesperson for Shared Health told CTV News the masks were approved for use by the Occupational and Environmental Health and Safety (OESH) and had been kept in temperature-controlled storage. They said alternative supplies were available for people who experienced skin irritation.

“Out of an abundance of caution, the masks currently in circulation have been recalled and will be replaced with an alternate supply,” the spokesperson said.

“The masks remain safe for use while alternate supplies are being distributed.”

MGEU said, while it welcomes the province’s response, it called for more medical-grade PPE for correctional officers to stop the spread of COVID-19 in jails. They said this includes medical masks, gowns, and gloves, for all inmate interactions.

“We will continue to press for this critical protective gear.”

A spokesperson for the union said they also filed a grievance last week, which says the employer is failing to properly protect correctional staff “by not providing full medical personal protective equipment (PPE) related to COVID-19, and exposing them to unnecessary risk, contrary to provisions of the Workplace Safety and Health Act, and the Collective Agreement. In doing so, the Employer is not acting in a manner which is reasonable, in good faith, and in a manner consistent with the Collective Agreement as a whole.”

The province reported 185 total cases within the Headingley Correctional Centre, including 147 inmates and 38 staff. This is currently the largest outbreak of COVID-19 within a Manitoba jail.

Other cases within Manitoba jails include:

There have been no deaths related to COVID-19 reported in a Manitoba correctional centre.

- With files from CTV’s Mike Arsenault and Danton Unger