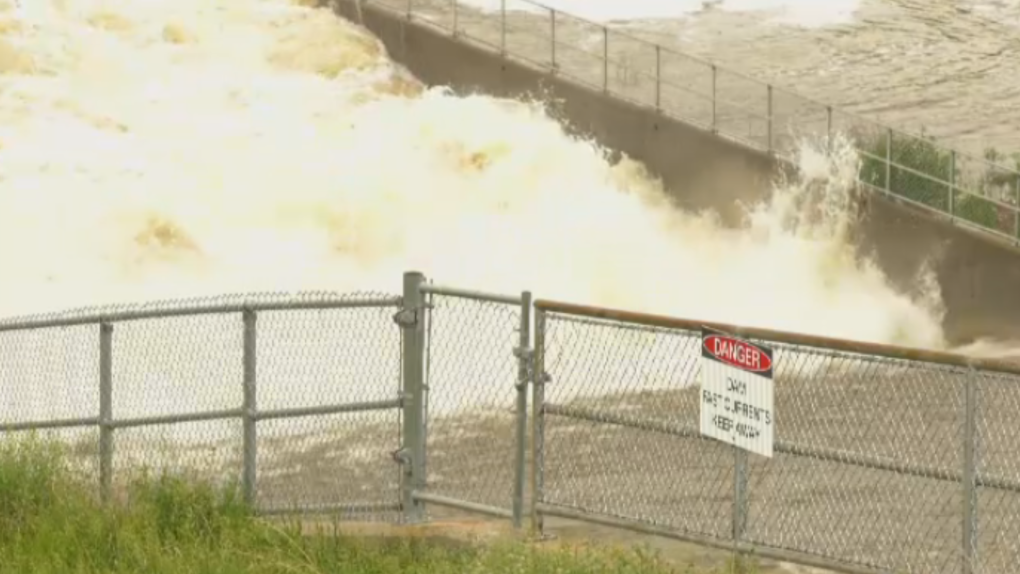 WINNIPEG -- The province is recommending an evacuation of people and livestock from about 30 to 40 properties in Rivers, Man. over concerns with the Rivers Dam.

The properties at risk are along the Little Saskatchewan River downstream from the dam in the RMs of Riverdale and Whitehead.

“The Manitoba government does not have confidence in the Rivers Dam,” read a news release issued Wednesday night. “The dam is facing unprecedented flows on the Little Saskatchewan River following heavy rains over the past few days, and provincial and consulting engineers have indicated there is potential for a structural failure.”

The municipalities of Riverdale, Whitehead, and Cornwallis, along with the City of Brandon have been notified, the province said. Municipal officials are working with the province to ensure residents downstream from the dam are aware of the situation.

There are concerns over flash flooding in the Assiniboine River Valley due to the recent rainfalls.

As a proactive measure, the City of Brandon said crews are working to close the hole in its dike system at the intersection of 18th Street North and Grand Valley Road.

“Out of an abundance of caution, the City of Brandon is taking necessary measures to protect the city and its residents, and has issued evacuation preparation notices to several hundred homes in the area between 1st Street North and 26th Street North, from Stickney Avenue north to Galbraith Crescent in the event that significant water comes Brandon’s way,” said a news release.

Notices are being delivered door-to-door to impacted residences Wednesday night. The city said homes receiving this notice should be prepared to evacuate on short notice, and make plans to stay with a friend or relative if possible. For those who are unable to stay with family or friends, the city said you can call its Enquiry Centre at 204-729-2186.

The province said a flood warning remains in place for the Little Saskatchewan River and Whitemud River watersheds, as well as the high water advisory for the Spruce Woods Provincial Park area.

It said operation of the Portage Diversion could begin within the next 48 hours to limit flows in the lower Assiniboine River.