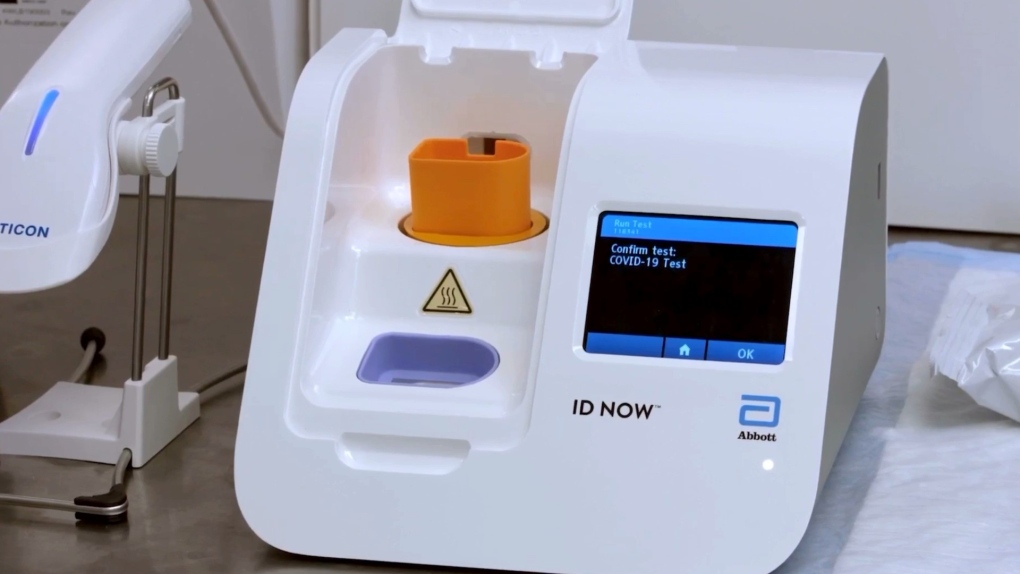 WINNIPEG -- The Province of Manitoba is using a rapid COVID-19 test at Winnipeg's new first responders testing site to help measure the accuracy of the test kits.

On Wednesday Jason Shaw, the manager of Winnipeg's emergency operations centre, said the new site has completed 93 tests of city and provincial first responders during its first week.

The site opened on Nov. 20 in the parking lot of the Winnipeg Fire Paramedic Service (WFPS) training academy at 2546 McPhillips St.

Shaw said the city is now working with the Cadham Provincial Laboratory to study the accuracy of the Abbott ID Now rapid COVID-19 test kit.

The test kit can provide results to COVID-19 tests in 13 minutes or less, according to Abbott.

"Some people who receive a test at this location will receive both the traditional nasal swab tests and the Abbott ID Now rapid test," Shaw said, adding people have to meet eligibility requirements to use the kits.

Shaw said the test kit has high validity for positive results but is not as accurate for negative results.

"That is why we are working with the Province of Manitoba to do some studying," he said.

Health Canada previously told CTV News it had sent a shipment of more than 12,000 Abbott ID Now tests to Manitoba.

Dr. Brent Roussin, the chief provincial public health officer, has previously said the province is working on a plan that would involve rapid testing in long-term care facilities.

The Province of Ontario has already announced a plan to deploy rapid test kits to hospitals, long-term care centres, and areas with high transmission.