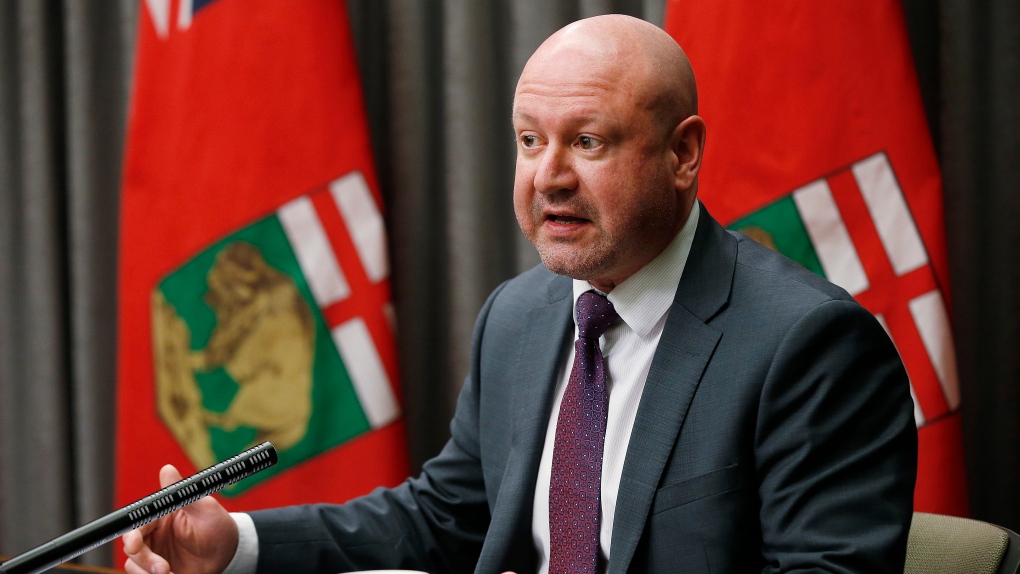 WINNIPEG -- The province is expected to announce additional public health measures on Monday.

The announcement comes one week after the province announced new public health orders in an attempt to slow down the third wave of the COVID-19 pandemic. Last Monday, Pallister and Roussin announced changes to gathering rules and business capacity.

The gathering rules came into effect last Tuesday at 12:01 a.m. and limit households to two designated visitors for indoor gatherings. Outdoor gatherings on private and public property are capped at 10 people, including household members.

Capacity for faith-based gatherings were also reduced to 25 per cent or 50 people, whichever is lower.

New retail rules came into effect last Wednesday at 12:01 a.m. Retail stores are limited to one-third of the store’s capacity or up to 333 patrons, whichever is lower.

At the time, the province said those orders will remain in effect until May 12. There were no changes to indoor dining at restaurants or personal service businesses last week.

The additional measures being announced Monday come after two back-to-back days of more than 250 new COVID-19 cases in Manitoba. The province’s five-day test positivity rate currently sits at 7.1 per cent, while it is 7.6 per cent in Winnipeg.

CTV News will be livestreaming the province’s news conference at 12:30 p.m.