Province to create highway checkpoints to inform about COVID-19 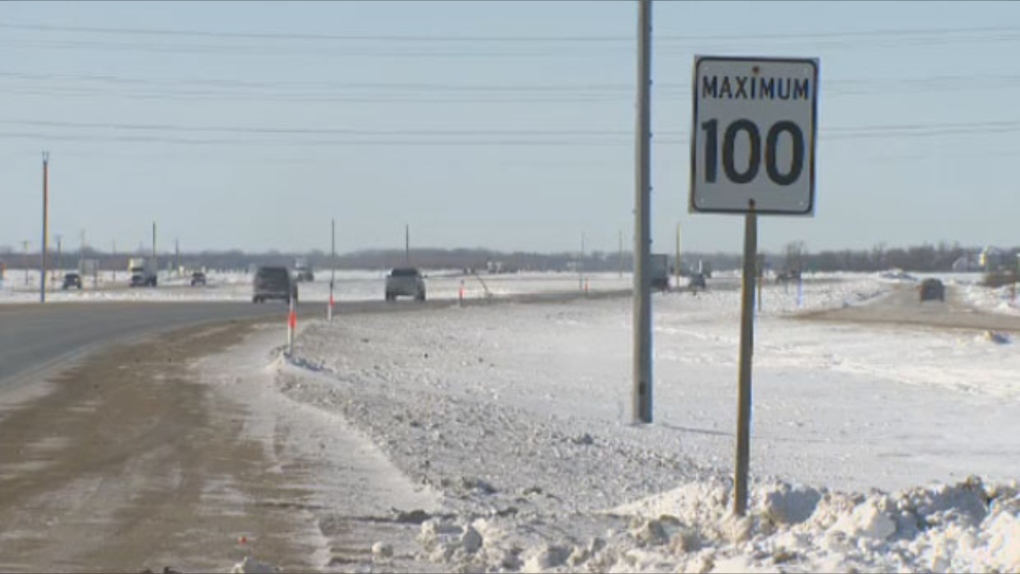 A file image of the Trans-Canada Highway in Manitoba

WINNIPEG -- The province will be creating five highway checkpoints in Manitoba to inform all travellers of the recommended 14-day self-isolation and other public health measures.

The province said the checkpoints will be staffed 24/7 by trained provincial employees wearing masks and gloves, who will give travellers a page of information about Manitoba's current state of emergency and what it means for them, the public health orders, and the need to self-isolate immediately after travelling within Canada or internationally.

The checkpoints will have informative signs, reduced speeds, and trained flag people. Any vehicle entering the province, whether it is a bicycle or a commercial truck, will be required to go through the checkpoints.

"By continuing to inform the public, we can reduce the risk to Manitobans and help keep our communities healthy and safe," said Infrastructure Minister Ron Schuler, during a news conference on Friday.

Schuler said currently the information is only provided in English, but it is in the process of being translated into French.

The province said no one will be denied entry to the province at these locations. Staff at the checkpoints will not be collecting any data from travellers at this time.

"Everybody is allowed to enter Manitoba and leave Manitoba – that is not going to come into question," Schuler said.

MORE INFORMATION TO BE PROVIDED AT AIRPORTS

There will also be information provided in airports, with signs posted at the Winnipeg Richardson International Airport and the Brandon Municipal Airport to ensure people arriving on domestic flights have similar information.

The checkpoints will be located at:

The recommendation to self-isolate for 14 days after travel does not apply to commercial transportation of goods, workers who live in a neighbouring jurisdiction and travel to Manitoba for work, healthcare workers who travel to work from outside the province, and normal personal travel in border communities including visits to a cottage.

NO PLANS TO CLOSE BORDERS

Schuler said at this point there are no plans to close provincial borders. He said the province is focused on informing Manitobans of the need to self-isolate if they have travelled outside the province.

"We find that we've had an amazing uptake by Manitobans," Schuler said. "There are outliers of course, and we will deal with those outliers. But by and large Manitobans have been really, really good in the uptake of following the guidelines."

Schuler encouraged Manitobans to contact anyone they know who is returning to the province and inform them of the need to self-isolate.

"If you know family, friends or neighbors returning home, call them, send a text or an email, however you communicate, let them know that they need to self-isolate for 14 days," Schuler said.