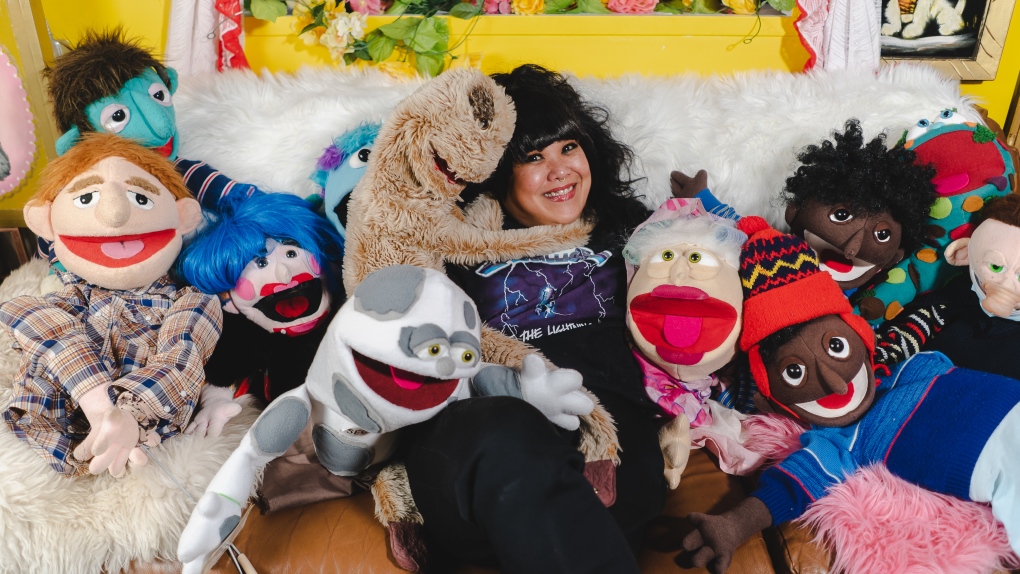 WINNIPEG -- Winnipeg’s Good Will Social Club has turned the pandemic concert on its head, giving community groups a voice, musicians a platform and is filled with the comedic musings of puppets.

The Good Will Stay at Home Club is a variety show that incorporates both music and information. The first episode was live-streamed a couple of weeks ago, and despite some technical difficulties, was well received, according to co-creator Cam Loeppky and Mike Requeima.

“We wanted it to be a live show with live bands, but we thought who wants to sit and watch a concert in their living room for like an hour,” said Loeppky. “So, we wanted to break it up with silly things to distract your attention from the show, then when the band came back on you’d be more engaged.”

With music venues closed, the show was a make-work project for employees when funding became available through pandemic programming grants.

“We’re not doing anything, so let’s give ourselves dome work, give a couple of staff some work, and then it just kind of snowballed into a wild, crazy puppet thing,” said Requeima.

The reason for the puppets is two-fold. Besides adding obvious comedic interest, Loeppky said it helps with production safety. 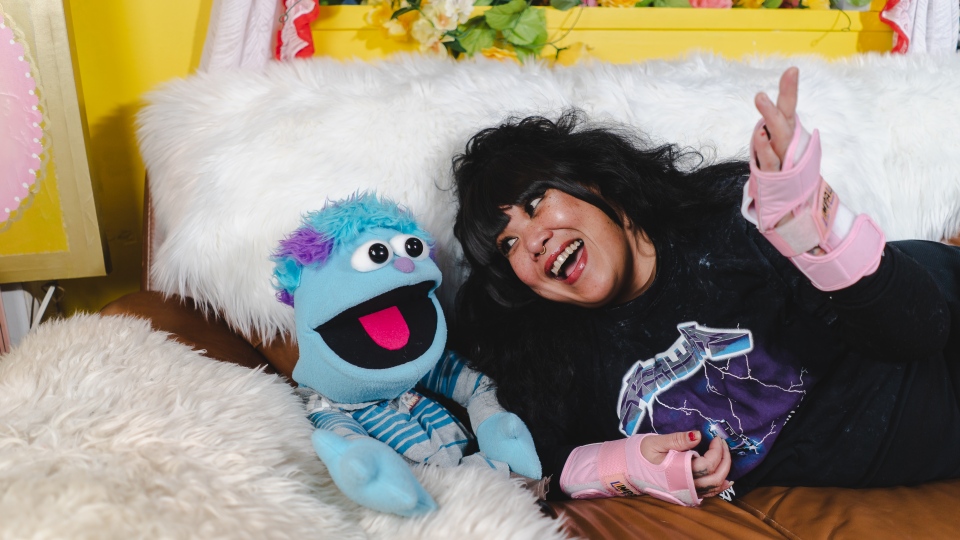 It also helps with the pre-recorded interviews and skits that are interspersed between the musical acts. Instead of relying on Zoom calls, the puppets can take centre stage and direct the conversations.

“The puppets kind of take you out of reality. I feel like doing an interview over Zoom, or two people face to face in PPE gear, kind of takes away the magicalness of it,” said Ave Julien, a creative team member.

The interviews highlight local groups and people who are struggling throughout the pandemic; the skits are there for fun.

They take place on location, or on the homemade living room set that graces the floor of the currently closed Good Will Social Club. A yellow wall stands behind an eclectic collection of items taken from people’s homes.

The next episode is set for live-streaming on March 12, featuring the band The Lockdown and an interview with new business Good Fortune Barber, among overs. The goal is to make the show a mainstay with plans to continue even when the entertainment venues reopen, giving people a viable at-home bar experience from the comfort of their couch. The shows are free to watch.

“I spend time a lot of time with the puppets,” said Julien. “You just look at them in the eyes, feel their soul, and I feel there will be an intervention shortly for me.”