Pyramid Cabaret getting ready to reopen 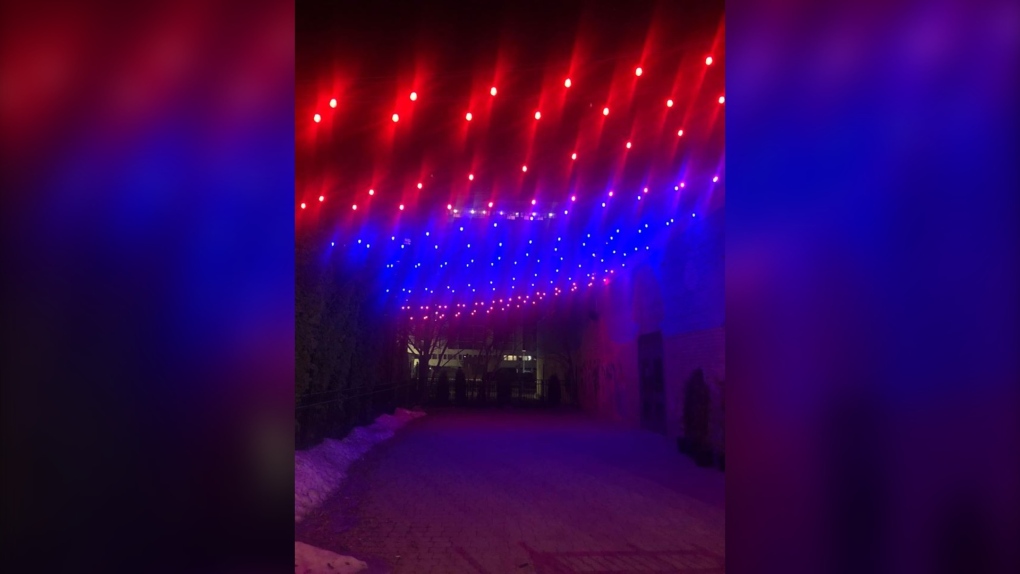 WINNIPEG -- As the province begins to open up, that includes live music venues. One Winnipeg live music staple is the Pyramid Cabaret, whose doors are set to open June 13, manager David McKeigan told CTV News. He said they are ready to help stop the spread of COVID-19.

“We’re going to take temperatures of people coming in, I think that’s something that should have been happening all along everywhere personally, there will be handwashing when you come in,” McKeigan said.

There will also no longer be a dance floor and all the tables will be two meters apart, he said. However, he added the patio will be open with proper distancing.

“We actually have a very big patio. We have enough room for more people than we are allowed and still have safe distancing,” he said.

They are allowed to have half capacity inside, like others in the industry, he said, and while that may mean many businesses will struggle, half is still better than nothing. The last few months have been hard on everyone.

“It’s just been difficult because there’s been no income for anybody. Bills are adding up, property tax, business tax, and needless to say, all of our regular daily living bills for just being a regular person,” McKeigan said.

They were able to get some relief with the government loan, he said, which helped them pay a few bills, but that was all.

“We are happy to be open but we are looking forward to good safety practices at our club, but also in society in general and distancing in general,” said McKeigan. “And hopefully Phase Three can start sooner than later but that will up to the government.”

He said they have been hearing from fans and musicians who are excited to get back on track with live performances.

“We’re more than happy to do what we do which is to provide entertainment and give the artists an opportunity to show their talent,” he said.

One such artist is Karmen Omeasoo, better known in the music industry as Indigenous Hip-hop artist Hellnback. He has played and hosted many events at The Pyramid Cabaret. He told CTV News in an interview he happy to hear they are reopening their doors.

“I just think it’s good for the economy and good for live shows in general. Because that’s something a lot of artists around Winnipeg miss and The Pyramid has always been one of the best live venues in Winnipeg,” said Omeasoo.

He said with social distancing protocols in place he is sure the place with do well.

“Live music thrives in everything, you know. When it comes to being an artist, that’s like our ultimate goal to get on stage and perform. The Pyramid, their goal is to get local artists to go perform on their stage too. They got a lot of good things happening,” said Omeasoo.

The more shows that can hit the stages, he said, the more revenue can be generated for the province.

“Merch can be sold and stuff like that and fans can be pleased by coming to a show,” Omeasoo said. “I miss going to shows, you know I miss just being a fan and going to shows, let alone throwing them and performing at them.”

Omeasoo said right now he’s going to wait a few more months before he starts performing again but that’s only because of health issues.

“With my kidney disease it makes my immune system kind of susceptible to things,” he said.

But if that weren’t a factor in his life, Omeasoo said he would be getting ready to hit the stage sooner than later.