Quebec tourists turned away from Manitoba attraction; Here is why 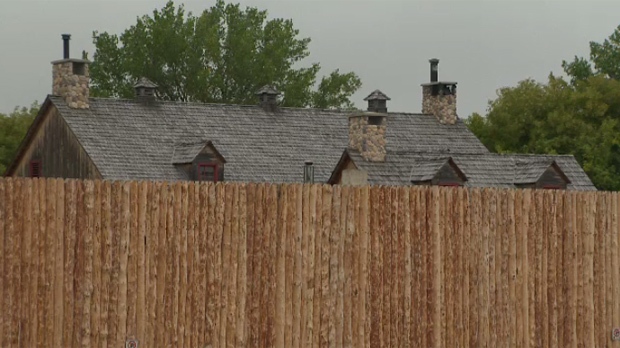 Fort Gibraltar is pictured in an undated file photo

WINNIPEG -- A popular Manitoba attraction recently turned away tourists from Quebec who admitted they were not self-isolating after arriving in the province.

Fort Gibraltar, a reconstructed Fur Trade-era fort in St. Boniface, revealed they had to turn tourists away over the August long-weekend.

“This weekend, we had a couple from Quebec who did not self-quarantine or self-isolate and wanted to access the fort,” said Darrel Nadeau, executive director of Festival du Voyageur, which operates the site. “Unfortunately, that request was not well-received by them, and they had said they’d proceed to other locations and not answer the self-quarantine questions truthfully. For us, that was a bit disappointing."

“We’re glad that they answered truthfully when we asked them, so we’re able to screen them out, but I just hope that they’re honest at other locations.”

Currently, residents of Quebec, eastern and southern Ontario, and the Atlantic provinces are required under public health orders to self-isolate for 14 days when they arrive in Manitoba.

Fort Gibraltar has put several precautions in place to follow public health orders, including screening visitors to evaluate the risk level. The fort said on its website it can refuse admission to people who have travelled outside of Western Canada in the past 14 days.

Nadeau said he first learned of the incident on Tuesday morning from his staff. It’s the first time the fort has had to turn visitors away under the public health orders since reopening in the middle of July.

Nadeau said he is concerned about people not answer the screening questions truthfully, noting they rely on people being honest to allow them to enter.

“We’re comfortable letting people in as long as they’ve done their self-isolating if they need to, and they pass the screening questions,” he said. “At this point, I don’t think we’d step up our screening, but it is something like I said, that is very concerning when people are honest with one visiting location and are disappointed, and they become dishonest with others. That’s something we hope doesn’t happen.”

He added it will be critical for visitors to be honest in February when the Festival du Voyageur is currently scheduled to take place.

Individuals can be fined $486 for violating public health orders in Manitoba.