WINNIPEG -- The start of school is just two weeks away, and a group of concerned parents and teachers is calling on the government to implement some last-minute precautions.

The group, which calls itself Safe September MB, was at the Manitoba Legislature on Thursday, asking for smaller class sizes to allow for better physical distancing.

Rhonda Hinther, who was at the rally helping to space out chairs six feet apart, said she is worried her son won't be adequately protected from COVID-19 at school.

"As a parent, I don't feel safe sending my child back into his Grade 4 classroom in the typical classroom numbers that we would see in a Winnipeg school or a Manitoba school," she said.

She is not alone in those fears. Lauren Hope is a high school math and science teacher and said one of her classrooms is so small, it's been named the 'airplane room.'

"It is so small with 24 students in it that they sit two to a table," she said. "There's just enough room for me to walk between those tables."

To demonstrate their concern, Safe September outlined what a physically distanced classroom would look it.

The spaced-out chairs only allow for 15 to 18 students per class, much smaller than the 30 students Safe September said are in an average class. 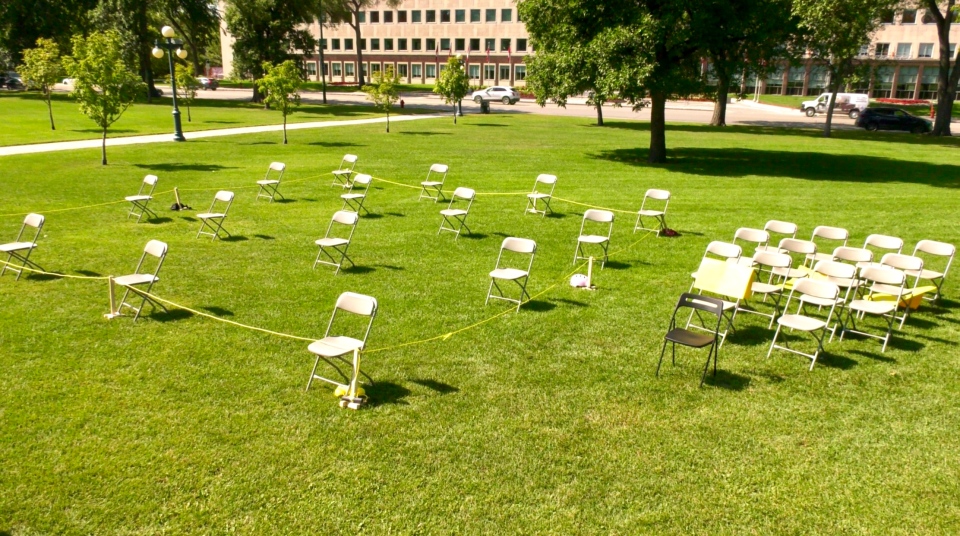 After hearing some of the concerns during a town hall Tuesday, the province announced it is mandating masks for most students.

"We will be requiring the mandatory use of masks in schools in Grades 4 to 12 where physical distancing of two metres is not possible," said Manitoba Premier Brian Pallister.

The new mandate is welcomed by Safe September, but the group wants to see more precautions.

With the recent change on masks, Safe September remains hopeful the province will create smaller classes before the start of school. 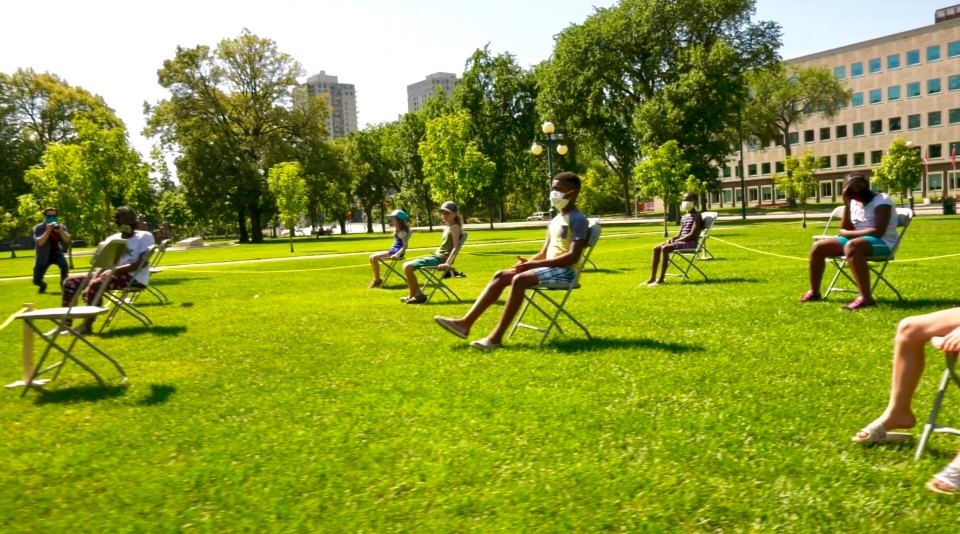 "We are hopeful that they are thinking this through, but we really need to see more of a response," Hinther said.

A week ago Safe September created a petition with eight demands, one was mandatory masks and another for smaller class sizes. As of Thursday, the petition had almost 13,000 signatures.

The group will be returning to the Legislature on August 27 for another rally.