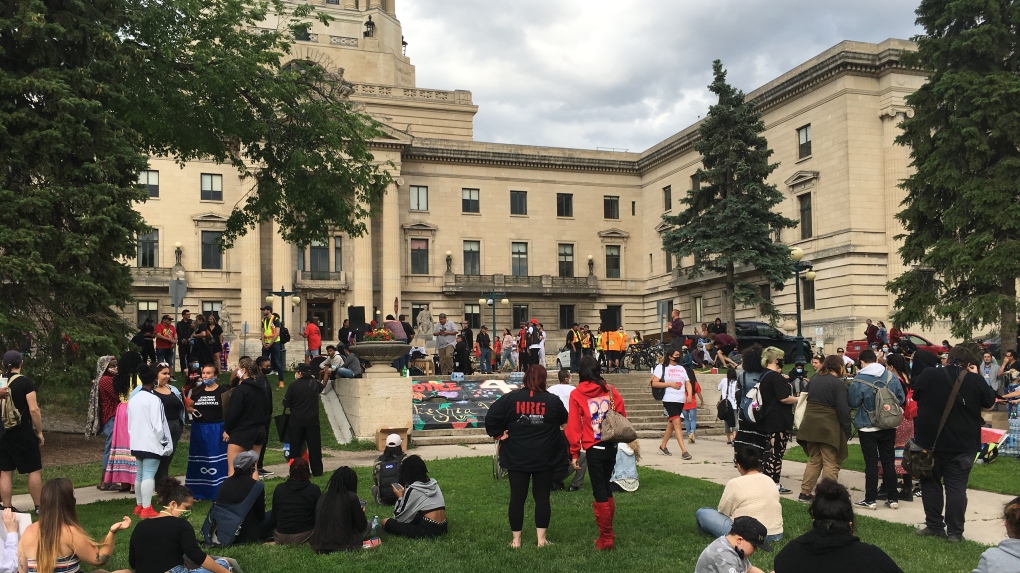 WINNIPEG -- More than a thousand people gathered for a peaceful rally to honour Eishia Hudson – a Winnipeg teenager who was fatally shot by police in April.

The rally was held at the Manitoba Legislative Building on Friday evening to bring awareness to the death of Hudson with the message – 'not another Indigenous life.'

Hudson, 16, died after being shot by a police officer on April 8 following an incident at a Liquor Mart.

Winnipeg police said officers were called to a liquor store in Sage Creek after receiving reports that multiple suspects allegedly stole alcohol and escaped in a stolen SUV.

The SUV was involved in a collision with multiple vehicles at Lagimodiere Boulevard and Fermor Avenue where a police officer fired their weapon.

Hudson was taken to hospital and died of her injuries.

The Independent Investigation Unit of Manitoba and the Manitoba Advocate for Children and Youth are investigating the death.

"We must come together to help stop the racism and police brutality against Indigenous lives," organizers of the rally on Friday said in a social media post.

Hudson's family was at the rally, wearing shirts with the words 'not another Indigenous life' printed on them.