Random acts of kindness: Granddaughter carries on tradition of giving flowers to strangers 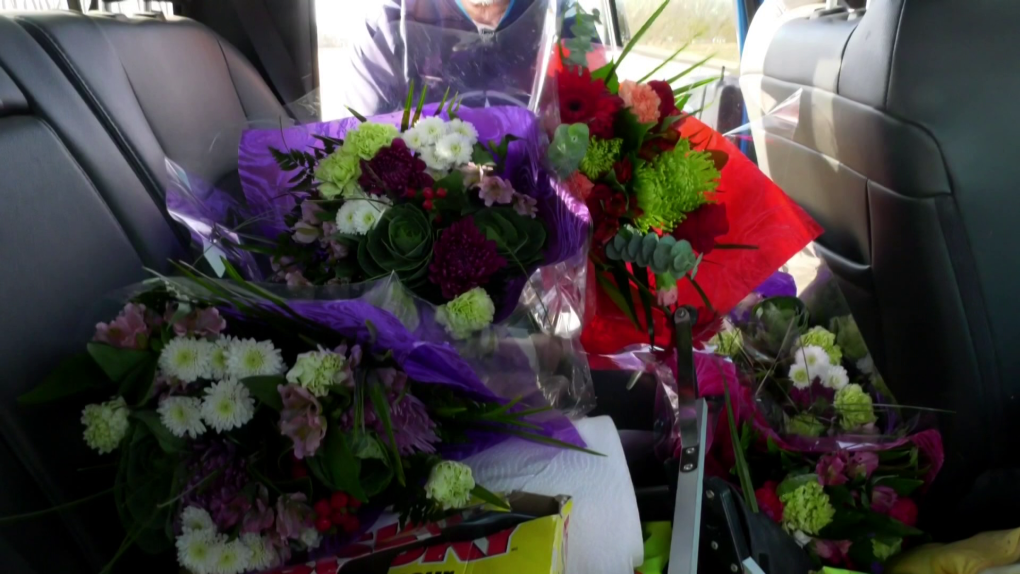 A Winnipeg man who was handing flowers to strangers has been in and out of hospital but now his granddaughter is keeping the random acts of kindness going.

Back in November, Kim Morfoot had been handing out bouquets of flowers to random strangers to brighten up their days, in honour his wife Bonnie.

The two had been married for more than 40 years when Bonnie died after a battle with cancer in 2017.

"We had a special connection," Morfoot told CTV News in November.

In recent months, Morfoot's family says he has become sick and has been in and out of the hospital. Because of the difficulty he is having, he has been unable to hand out bouquets.

But his granddaughter is stepping in to carry on the tradition.

"I decided that I wanted to keep it going, because I went with him multiple times to hand out these flowers and I just saw how it made people super happy. It made him happy to do it as well," Jory Giesbrecht told CTV News.

"I didn't expect flowers or bouquets in general just to make people that happy or for it to spread positivity as it did."

Giesbrecht said other people can join in to help with the random acts of kindness. She started the Kim and Bonnie Flower Foundation to raise money to help cover the costs of the bouquets.

She said, especially right now, people need this kind of positivity and happiness in their lives.

"Some people are down because of COVID and just all this stuff happening in our world, and I think it would just be good to continue it," she said. 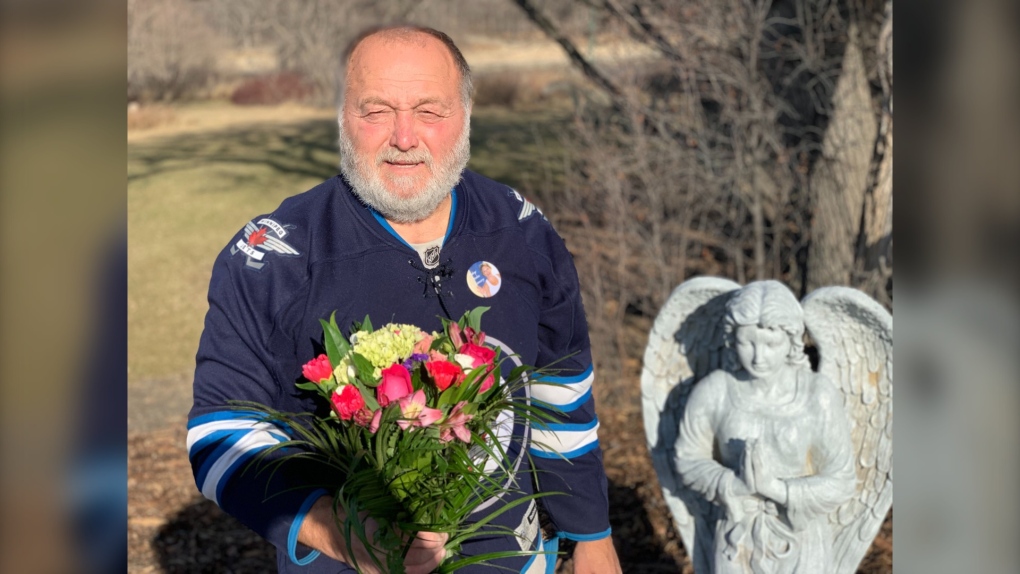 Kim Morfoot hands out flowers to strangers in memory of his wife who passed away. (Source: Jamie Dowsett/CTV News)

Kim Morfoot, pictured here in November 2020, was handing out flowers to strangers in memory of his wife who passed away. (Source: Jamie Dowsett/CTV News)

Giesbrecht said she plans to start handing out the flowers in August, with plans to do another 'flower day' each season. She said she hopes her grandfather will still be able to come along.

"We still want him to be a part of it, because he does really love doing it."