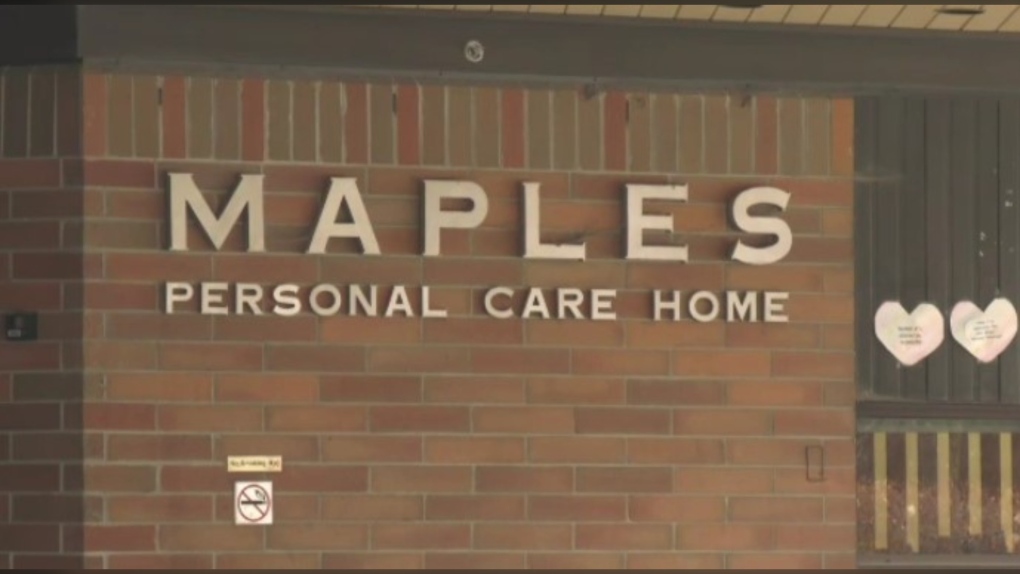 WINNIPEG -- The Winnipeg Regional Health Authority (WRHA) is sending a rapid response team to help at Maples Personal Care Home after paramedics treated a dozen residents Friday night, three of whom were taken to hospital, and two who died.

In a news conference Saturday evening, Gina Trinidad, the chief operating officer of long-term care at the WRHA, confirmed that a dozen residents received care from paramedics.

According to the City of Winnipeg, a 911 call came from the care home at 7:10 p.m. and an ambulance was sent.

Two minutes later, another call came from the care home and another ambulance was sent.

Trinidad said two of the 12 patients treated died between the calls to 911.

Both individuals were receiving end of life care, and one was dealing with COVID-19.

"We continuously learn about this virus and the impact on residents," Trinidad said. “There is a higher level of acuity of care that they require, particularly towards the end of their illness trajectory."

The city said paramedics stayed on scene until 2 a.m.

In total, three people were taken to hospital, one of whom was in critical condition.

The care home was fully staffed leading into the evening shift change, according to Jason Chester, vice-president of long-term care operations for Western Canada at Revera, the company that runs the care home.

"Staffing was at its full complement yesterday evening between 3:30 and 11:30, where we had more than 50 staff in the building."

Trinidad said she attended the care home last night and did not notice a lack of staff.

As of the latest count on Friday, 176 cases of COVID-19 had been reported in connection to the Maples facility, 55 of them staff and 122 non-staff.

The care home currently has 169 residents and a maximum capacity of 200 beds.

The response team is made up of community paramedics and will provide enhanced medical monitoring. Trinidad did not know how many people are on the team.

Starting Friday, the Canadian Red Cross will also be providing about 20 people for additional support.

The WRHA said it will also be making more in-person visits to the site.

Trinidad said the WRHA has no further plans to take over the care home.

Cameron Friesen, the Minister of Health, said he is devastated by what happened in a tweet Saturday afternoon.

I am devastated to learn today about the situation at Maples LTC Home.

I have just come out of an urgent meeting with Revera, dept officials and WRHA.

I have directed health leadership to provide an explanation to MBans today. Details on public briefing coming shortly.

He is holding a news conference on Sunday at 11:30 a.m. to address the situation.