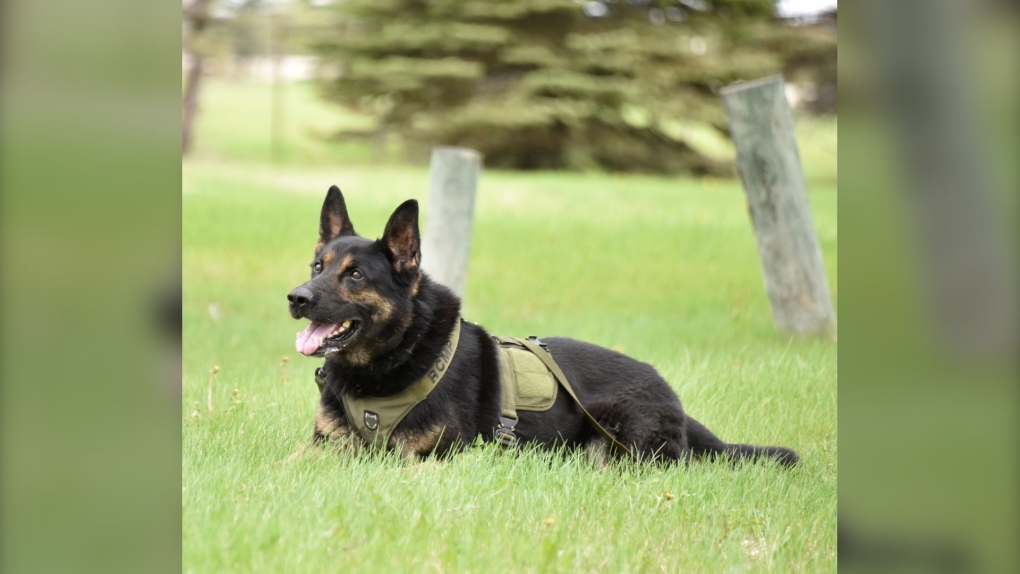 Earl, a RCMP dog, was recently called to track an injured driver that left the scene of a two-vehicle crash (Source: Manitoba RCMP)

WINNIPEG -- A Manitoba RCMP dog was used to help track a driver that left the scene of a two-vehicle crash on Sunday.

Gimli RCMP was called to the collision on Highway 7, north of Provincial Road 231 in the R.M. of Armstrong, Man.

Officers said the driver of a vehicle going north crossed the centre line, causing his car to sideswipe a car travelling south, causing both vehicles to enter the ditch.

The driver of the vehicle heading north left the scene on foot, RCMP said.

Officers and a police services dog named Earl responded to the scene and tracked through open fields and wooded areas for approximately one kilometre. The man, a 22-year-old from Winnipeg, was found semi-conscious and badly injured.

The RM of Armstrong Fire Department used an all-terrain vehicle to take the man to medical personnel, who transported him to hospital with serious injuries.

The other driver, a 25-year-old man from Winnipeg, was not injured.

The crash is still under investigation.