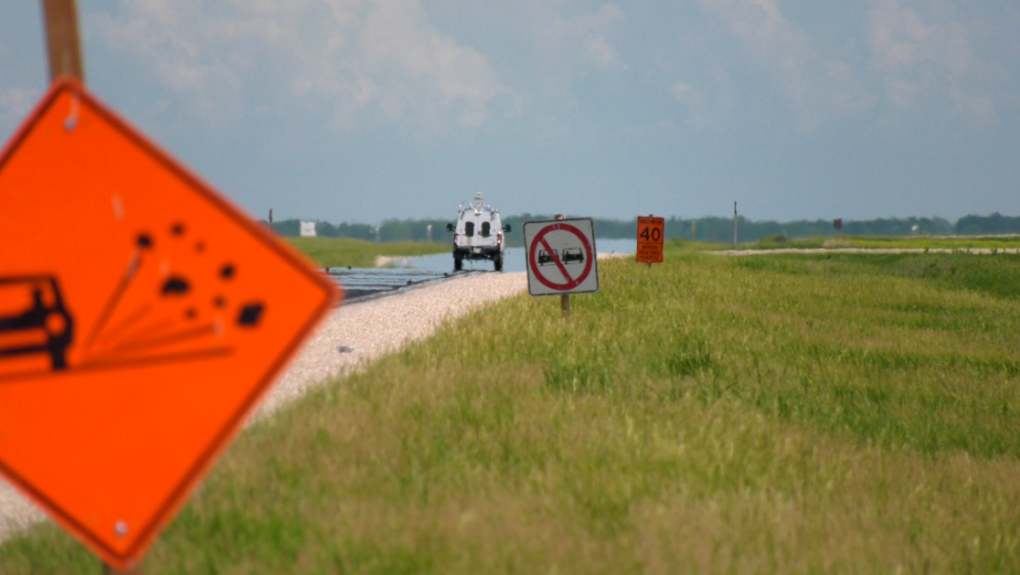 Police said the crash took place around 11:50 a.m. on Highway 2, near Fannystelle, Man.

WINNIPEG -- Two people are still in hospital after a multi-vehicle crash on a Manitoba highway on July 2 that left two people dead, according to RCMP.

Police said the crash took place around 11:50 a.m. on Highway 2, near Fannystelle, Man., when seven vehicles were stopped in an eastbound lane at a marked construction zone.

Officers allege a semi with a trailer, driving eastbound, didn’t stop and drove into the lineup of vehicles.

Eight vehicles were involved in the collision: two semis with trailers, five passenger vehicles and one motorcycle.

A seven-year-old girl from Winnipeg and a 63-year-old man from the R.M. of St. Andrews were pronounced dead at the scene. The man was driving the motorcycle.

As of Tuesday, July 7, two people remain in hospital with serious injuries: a 22-year-old woman and a 14-year-old girl. A 10-year-old girl has been released from the hospital since the RCMP’s last update.

These three were driving in a van with four other people, including the seven-year-old girl who died at the scene.

Randell is in custody and appeared in court on July 6.