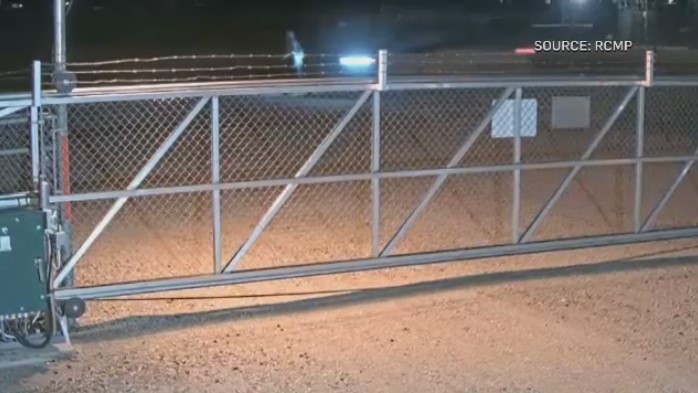 Video footage released by RCMP shows the moment a 16-year-old girl in Gretna, Man., is hit by a vehicle that left the scene of the crash on Sept. 30, 2020. (Source: RCMP)

WINNIPEG -- Manitoba RCMP has released video footage of a hit and run in Gretna as they continue to search for the driver of the vehicle that hit a 16-year-old girl and left her injured on the road.

Video footage released by RCMP on Monday shows the girl jogging, when a vehicle driving up from behind her appears to hit her and continues to drive on. RCMP say the collision happened around 8 p.m. on Sept. 30, though it was not reported until later that night.

“The damage could be minor or significant,” RCMP said in a news release. “The vehicle has narrow tail lights that wrap around the side of the vehicle.”

RCMP are asking anyone with information about the collision or the vehicle to call Carman RCMP at 204-745-6760.