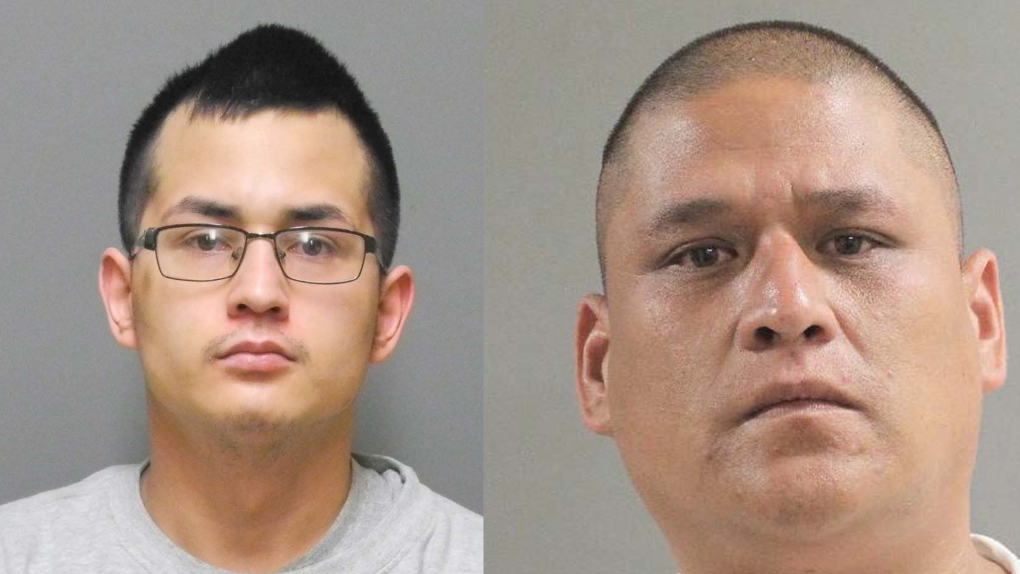 RCMP are searching for Jordan Chartrand and Mitchell Hunter in connection to an armed robbery in Portage la Prairie. (Source: Manitoba RCMP)
WINNIPEG -

RCMP said the incident happened on Jan. 17 at around 3:55 a.m. Officers responded to a home on 3rd Street NE in Portage la Prairie for reports of a robbery with a firearm.

Investigators said three men got into the home; one man was carrying a gun, while another was carrying bear spray.

Police said the people in the home were forced into the basement and sprayed with bear spray and then the men stole several items in the home.

However, RCMP has been able to identify the suspects and warrants have been issued for their arrest.

The first suspect is 27-year-old Jordan Chartrand and he is wanted for:

· Two counts of robbery with a firearm;

· Possessing a firearm when possession is unauthorized;

· Possessing a weapon for a dangerous purpose; and

· Possessing a weapon contrary to an order.

He is listed at five-foot-five and weighs 120 pounds with black hair and brown eyes.

The second suspect is 38-year-old Mitchell Hunter and he is wanted on two counts of robbery with a firearm and break and enter.

Police said he is five-foot-11 and weighs 205 pounds with black hair and brown eyes.

A third suspect, Maurice Merrick, was wanted on multiple robbery and weapons charges in connection with the incident but was arrested by RCMP on Tuesday. The charges against him have not been proven in court.