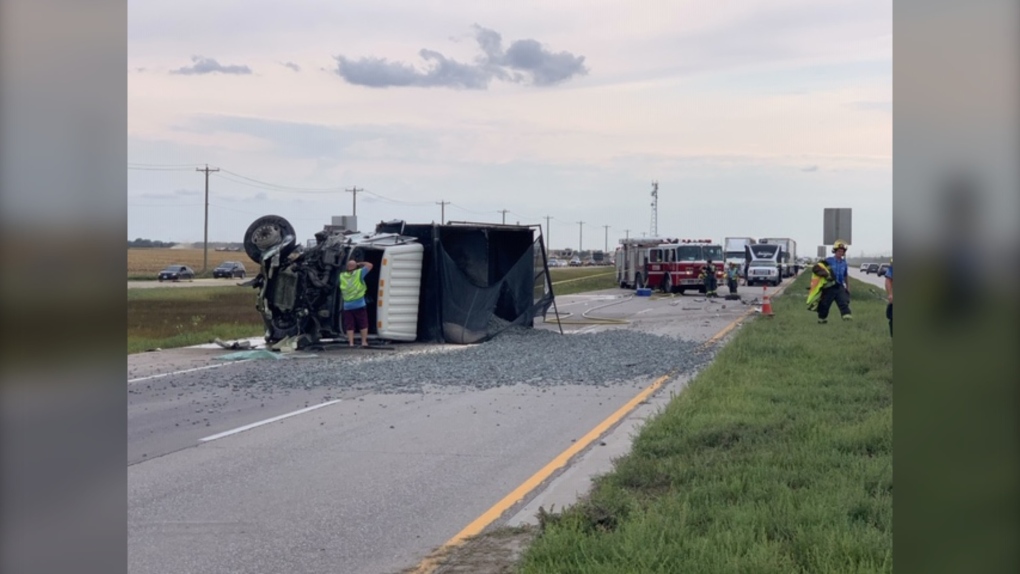 WINNIPEG -- Manitoba RCMP is asking to speak to anyone who may have witnessed a crash on Aug. 21, 2020, on the Perimeter Highway.

RCMP Central Traffic Services was called to a multi-vehicle crash on the south perimeter between St. Mary's Road and St. Anne's Road.

RCMP said a gravel truck was travelling east when it collided with several vehicles that were also going east.

Several people were taken to hospital and later released. RCMP said a child remains in hospital at this time.

If anyone witnessed the crash or the moments leading up to the incident, they are asked to call RCMP at 204-984-6913.