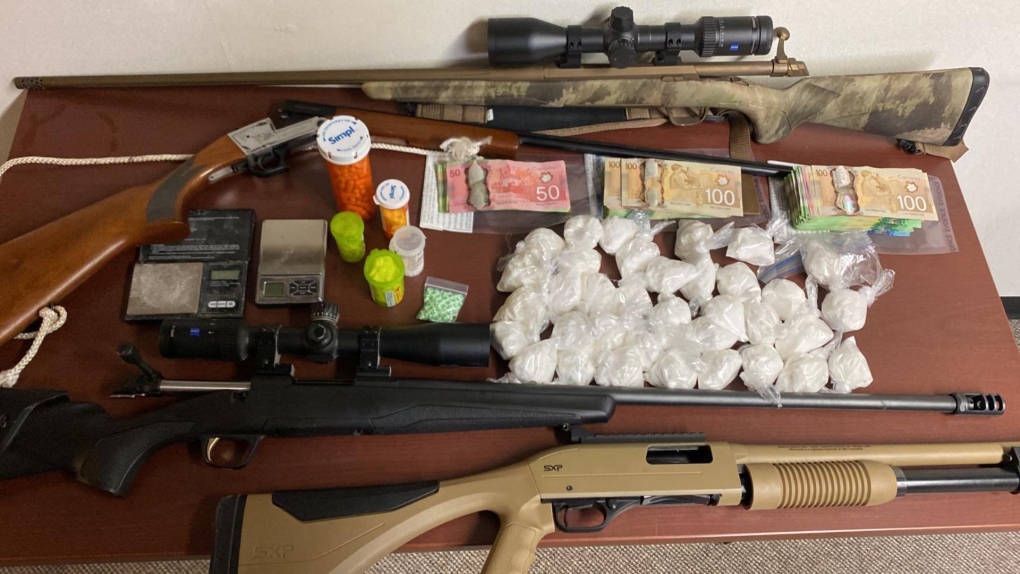 Supplied image of the drugs, cash and guns seized by the RCMP. (Source: Manitoba RCMP)

A Manitoba man is facing several drug and gun-related charges after RCMP officers seized $100,000 worth of cocaine and four guns from a home in the RM of Mountain earlier in the month.

The incident took place on Dec. 2, when the RCMP’s West District Crime Reduction Enforcement Support Team, as well as officers from the Swan River detachment, executed a search warrant at home in the RM of Mountain. Police note this search was part of an ongoing investigation.

During the search of the home, officers seized about one kilogram of cocaine with an estimated street value of about $100,000, a number of prescription pills, more than $10,000 in Canadian money, four guns, ammunition, and drug paraphernalia.

A 43-year-old man from the RM of Mountain was arrested and is facing a number of charges. He was released on conditions with an upcoming court date.