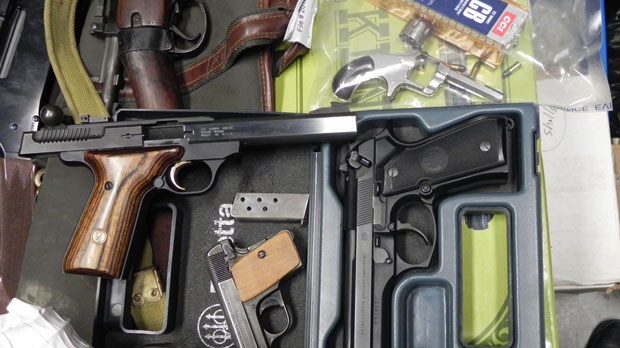 RCMP seized 23 guns from a home in The Pas. (photo provided by The Pas RCMP)

Officers executed a search warrant on the morning of Sept. 6 at a home in The Pas. There they found 23 firearms including 18 long-barreled guns, five handguns and numerous rounds of ammunition, RCMP said.

Four people were arrested in the raid and two are now facing charges.

Kyle Martinson, 53, has been charged with 22 firearms related offences and remains in RCMP custody.