RCMP seize 28 grams of methamphetamine during traffic stop in Manitoba 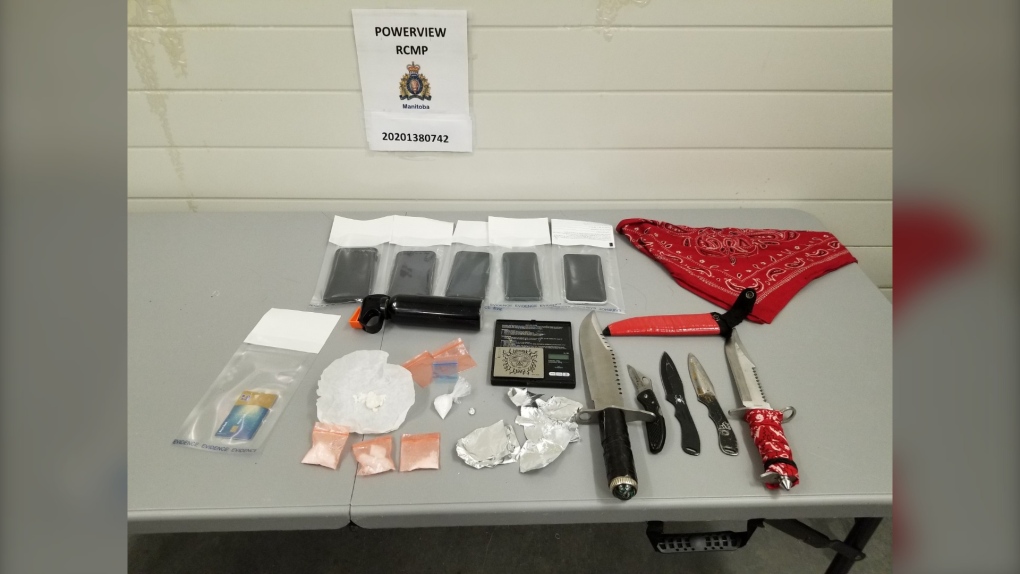 Mounties conducted the search around 1 a.m. on Maple Street. During the investigation, officers found 28 grams of meth, weapons, and drug paraphernalia.

Police arrested all four people in the car.

Officers have charged Erin Courchene, 34, Victor Favel, 36, and Vincent Ravel, 33, with multiple offences, including possession for the purpose of trafficking. The three suspects, who are all from Winnipeg, are in custody.

A 36-year-old woman from Winnipeg, who has not been named, is facing a charge of possession for the purpose of trafficking. She’s been released from custody and is set to appear in court at a later time.