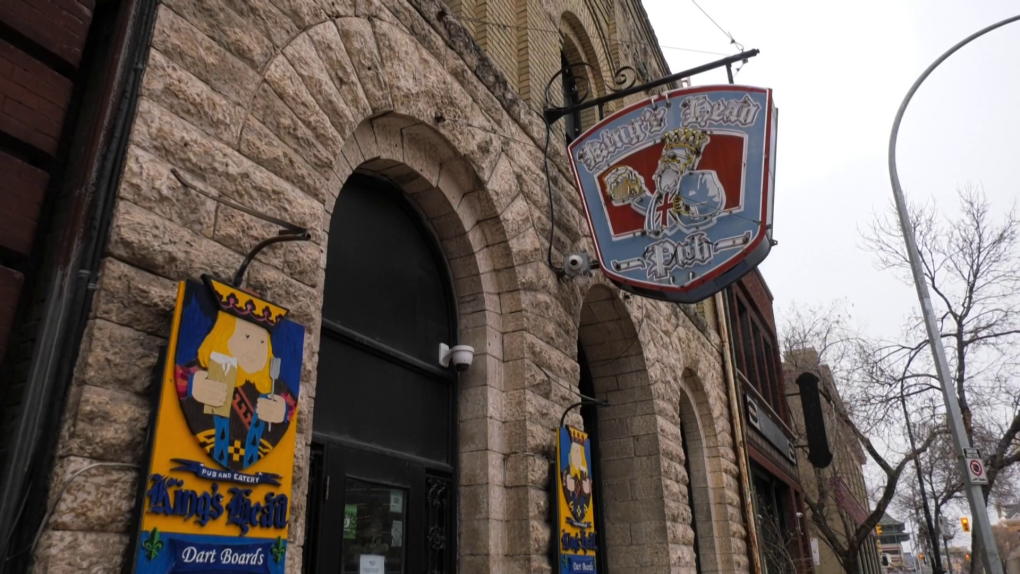 WINNIPEG -- A Winnipeg restaurant owner recently sold his home to keep his doors open and keep his staff employed.

After realizing his struggle, the realtor who helped with the sale made a hefty contribution of her own.

Since the 1980s, the King’s Head Pub has been part of Winnipeg’s Exchange District.

Christopher Graves has owned it for the last three years.

With Winnipeg in code red, the pub, like many others in the restaurant industry, is struggling to stay afloat

“In this industry, when you shut down for one day, it’s detrimental,” said Graves. “We are doing everything we can to keep people going but it’s absolutely brutal.”

“Instead of us actually looking for a new home, we realized we needed to keep the liquid cash and asset to inject into the pub so that we can continue to survive,” he said.

Realtor Nicole Hacault helped Graves with the sale of his house. Once she learned why Graves sold his home, she knew she had to do something to help.

“I figured I’ll take the commission that I earned from their home and I’m going to put it back into their business,” said Hacault.

She said on her social network, she has put out a $10 off promo code for anyone ordering food from the King’s Head. She will then personally pay that $10 back to the pub.

The housing market is booming, she said, and she wanted to help because, why not pay it forward.

“Everybody’s survival is going to be coming from everybody coming together to help each other,” she said.

“That is more money than we have actually received from the Government of Manitoba, which is actually zero dollars from them. This is our livelihood. I mean, for many of us and many of our staff ,this is their career,” said Graves.

Graves added it is the people of Manitoba who are saving local businesses but added at the moment, he has no idea when they will be to open again to the public

They encourage Manitobans to order meals from their favourite local restaurants if possible, especially as the holiday season comes around, which Graves says for many restaurants, is traditionally the busiest time of year.