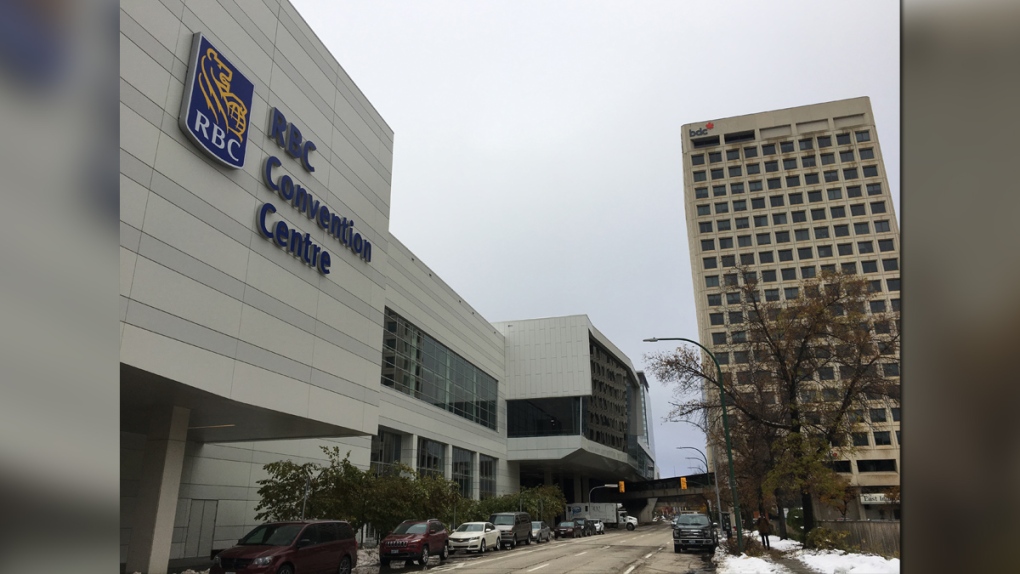 The shelter is at the RBC convention Centre in downtown Winnipeg, and the Red Cross said it will only be open to people who register. (Photo: Beth Macdonell/CTV News Winnipeg)

WINNIPEG -- The Canadian Red Cross has opened a warming shelter to help evacuees from up to 11 Maniotba First Nations that are without power due to the recent major snow storm.

The shelter is at the RBC convention Centre in downtown Winnipeg, and the Red Cross said it will only be open to people who register.

The response is part of a joint effort from the Canadian Red Cross and the federal government to provide disaster assistance to First Nations in the province.

First Nations leaders made the decision to evacuate in consultation with the federal government.

The Canadian Red Cross said several First Nations have declared a state of emergency as their communities have been without power for 48 hours or longer. The evacuees are coming to Winnipeg using their own modes of transportation.

The Red Cross said shelters are needed because of the potential number of evacuees and because of the lack of available hotel rooms in the city. It said some people who are leaving their communities will be staying with friends or family until the power is back.

Several First Nations Chiefs gathered in Winnipeg Sunday at a hotel to coordinate the response.

They told CTV News 17 communities in total are being evacuated, mostly in the Interlake and western Manitoba.

About 18,000 people are leaving their homes -- hotels in Winnipeg are full.

The main issues are access to fuel, access to treatment for people with chronic illnesses and limited space for evacuees to be in a warm place.

The chiefs said because the weather is unprecedented, it’s causing a lot of frustrations and has wreaked havoc.

The Assembly of First Nations said it is coordinating with their provincial and federal partners. They hope the state of emergency called by Premier Brian Pallister Saturday helps the situation.

Tracy Anderson is an evacuee from Fairford First Nation and said leaving her community in a rush and on a bus was hard.

Sunday she was emotional while speaking with CTV about the devastation and the struggles she is facing to keep her family warm.