Red River Floodway to be activated 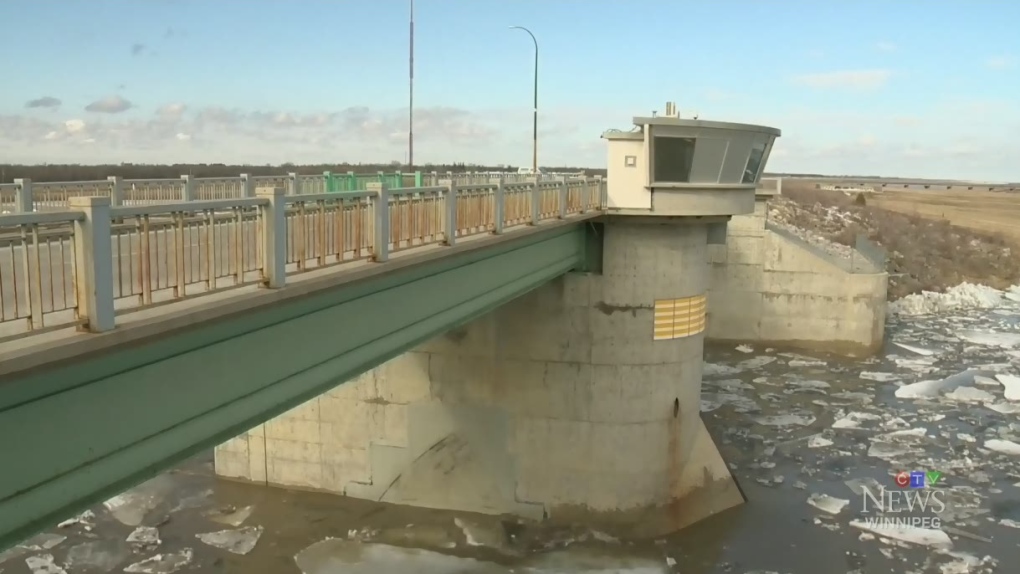 WINNIPEG -- The Manitoba government is preparing to activate the Red River Floodway to help manage water levels within Winnipeg.

“As Manitoba prepares for the rising waters of the Red River, we are taking measures to protect properties that could potentially be affected by high water,” Infrastructure Minister Ron Schuler said in a news release on Wednesday. “We could activate the Red River Floodway for the first time in 2020 as early as the evening of Thursday, April 9.”

Water from the Red River started spilling naturally into the floodway on Tuesday.

The province says river ice is unlikely to be cleared until Thursday, and may occur within a day or two, so those levels will be monitored. Under normal circumstances, Schuler said, the standard operating procedure for the floodway gates is to wait until the river ice has broken up and cleared upstream of the floodway inlet.

A high water watch is in place for the Red River from Lockport to Netley Creek due to potential of some overland water in low-lying areas due to ice jamming.

The province is forecasting the peak flow at the floodway inlet between 68,000 and 74,000 cubic feet per second, without further significant precipitation. The province predicts the river will reach levels close to 2006 spring levels between Emerson and Letellier, and between 2006 and 2019 spring levels north of Letellier along the river.

The province is predicting the Red River level in Winnipeg at James Avenue to peak between 19 and 19.5 feet between April 13 and 17.

Provincial crews are out in communities in the Red River Valley to prepare for potential ring dike closures. The province says dike closures are anticipated over the weekend at West Lynn and Noyse, while partial dike closures may be required along PR 201 on the east side of Letellier and at St. Jean Baptiste.